During a new sermon at his church, Rev. Sam Korankye Ankrah sarcastically mocked Owusu Bempah, Obinim, and co that he preaches to intelligent people 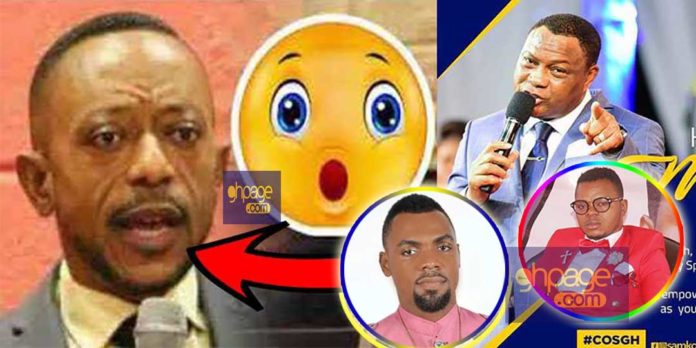 As a continuation for his series of exposing fake prophets and revealing the characteristics of fake prophets, Rev. Sam Korankye Ankrah subtly jabbed his critics that he preaches to intelligent people and they act accordingly.

During the teachings, Sam Korankye Ankrah paused and said to his congregation; “Clap well because you know I preach to intelligent people”.

A few months ago before he started his series of exposing fake prophets, Sam Korankye Ankrah stated that Bishop Daniel Obinim’s followers are fools and unintelligent people to fall for his “Nonsense”.

This statement angered Obinim who used unprintable words and declared war on Rev.Sam Korankye Ankrah and vowed to deal with him until he apologizes.

As part of his teachings, Sam Korankye Ankrah has made statements that have pitched him against, Rev. Owusu Bempah, Asanteman Bofuor and others whom his teachings have exposed as fake prophets.

Although he never mentioned any name, all the pastors who felt aggrieved with his teachings have hit back at him.

Owusu Bempah has accused him of being an occult, a womanizer and someone who takes pills to bleach, an allegation that turned out to be lies.