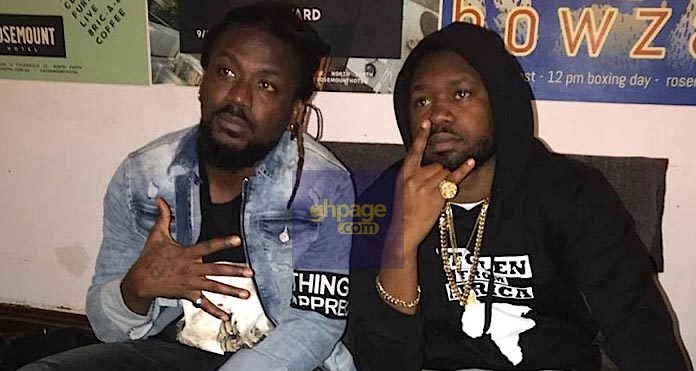 High-Grade family boss, Emmanuel Andrew Samini known in showbiz as Samini has revealed he is in talks with Jamaican Dancehall act Kemar Donaldson, affectionately called Kranium for a collaboration.

Samini who recently performed at the Afro-Beat festival in Perth, Australia was spotted in a video hanging out and freestyling with Kranium.

Read Also: I don’t deserve to be called a celebrity – Efia Odo

Some people believed that it was more of a battle and not just a freestyle section and that Samini battled Kranium hands down.

But Samini speaking on ‘Daybreak Hitz’ with Andy Dosty on Monday morning stated that it was not necessarily a battle but just a freestyle they did to entertain their fans all over the world.

“I like that whole vibe so I don’t get timid especially when it has to be between people. When I finished my set I was standing on the other side just videoing and doing some snaps here and there. And then he called me up and said well we met in Africa, it was a good vibe so he wants us to entertain the people if we are here together so I agreed to it” – Samini was quoted as saying.

Samini when asked by Andy Dosty if Ghanaians were to expect any collaboration with Kranium, he responded: “Yeah we’re talking because I’m working on the album so it’s very likely that we will put something on it”.

Samini currently has a new track, ‘Obimbra’ out now and a new album is expected from the dancehall artiste very soon.