Samini Choose Ebony Over Kaakie And Here Are His Reasons 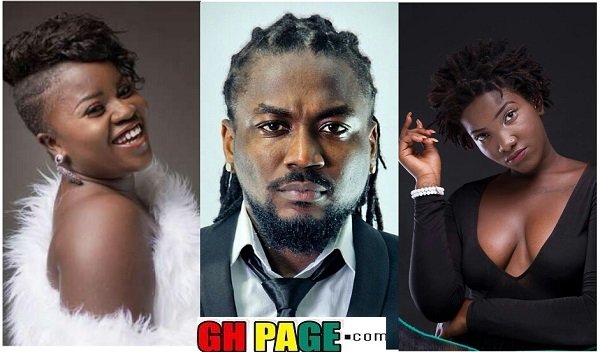 It always has been a debate as to who is the best dancehall artist in Ghana both male and female categories. And it will always remain under the pillow, all because each of the dancehall artistes has got the maximum support from the fans and it makes it difficult to predict the best one.

One of the dancehall giants in the music industry has made a comparison between two female artists and has made his choice out of the two as the best over the other.

Ghanaian reggae/dancehall artiste Emmanuel Andrew Samini popularly known in the showbiz as Samini, the multiple award-winner in an exclusive interview with Pulse.com.gh has confirmed that considering the female Dancehall in the music industry, he will always opt for Ebony over Kaakie but still has the early days in his heart.

Samini in his view explained into details the reasons that made him opt for the “sponsor” lady over his own girl.

He also disclosed that he featured in Ebony’s hit single “Poison” but to his surprise, a different version was released.

“I will tell you a secret about her ‘Poison’ track. We actually did the first ‘Poison’ featuring me before the one featuring Gatdoe. We recorded with Brainy Beatz but the one that came out was a kind of remix with a different rapper.” he said.

Samini added that he hopes to release his own version of the “poison” track that he recorded with Ebony in a due time.

“So our version is at home on my computer and I might release it. It sounds good to me. I said a lot of naughty things on it,” Samini added.

What your opinion about this choice of the reggae/dancehall artist choosing Ebony over Kaakie?. comment your opinions in the comment box below.