Samini engages John Dumelo in a hot banter on Twitter 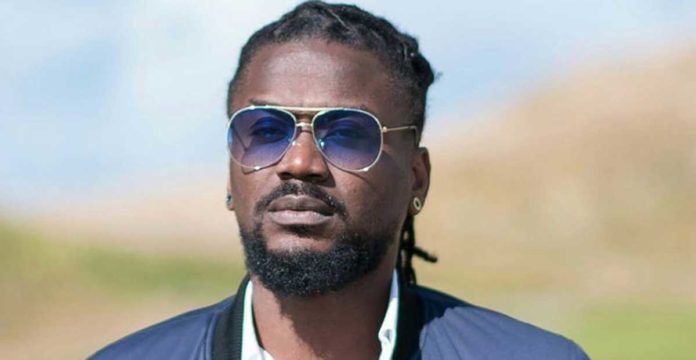 The ‘My Own’ hitmaker in a series of tweets questioned the actor if indeed he was given a V8 by the opposition National Democratic Congress when they were in power.

ALSO READ: You are not a complete musician if you cannot perform your music live -Samini

Samini questioned John Dumelo when he pleaded with the parliamentarians to abort the idea of building a new chamber as that money can be used to build factories which can provide unemployment for over 10,000 youth.

Samini asked; “Good point. Same way one V8 can do wonders in my village boss. Did you try to keep it or they lied on you charle? Ghana wants to know”.

John Dumelo replied; “You and who never got to the bottom of which issue? Do you know how many issues I know about you that can end your career? I believe in building brothers not destroying. If I was poor and was living in a village, would u tweet and ask what happened to Dumelo? Yet you have the balls to come and ask me about how I bought my V8s. I’ve been B8ing since 2008 bro. Cars are nothing, get yourself property. It appreciates. Get more into farming. I can help you on that. Let’s solve this”

This resulted in a banter between the two celebrities on Twitter as Samini insisted that John Dumelo explains to Ghanaians how he got his V8 and if the rumours were true.

However, the new ‘beef’ ended when John Dumelo pleaded with Samini to rather focus on the new chamber.

He wrote; “Samini, I love you bro and I have mad respect for you and your music. Let’s end this wai, e no dey hia. Ghana needs both for us to push the youth agenda. Peace and love always”.