Samira Bawumia collapses during speech at an event 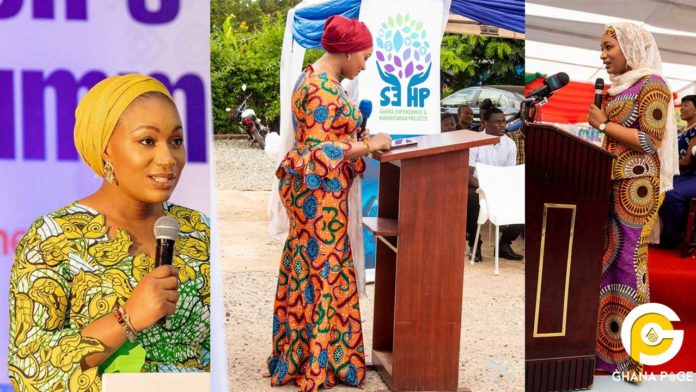 The Second Lady, Samira Bawumia, has reportedly blacked out during an event in Dodowa on Tuesday, November 26, 2019.

She had attended the 17th Biennial Delegates Congress of the Ghana Registered Nurses and Midwives Association (GRNMA).

However, a few minutes after she started reading her speech, the Second Lady coughed and requested water.

After drinking the water, she complained of dizziness and within a twinkle of an eye, was seeing down. Her aides and others at the event rushed to her side to salvage the situation.

This is contained in a report sighted on Graphiconline, as narrated by an eye-witness.

The necessary first aid was reportedly administered on Samira after which she was conveyed on a stretcher into her convoy and later taken out of the venue.

Meanwhile, reports have it that the Second Lady has been unwell for some time now. Others at the event grounds said there was too much heat in the room and that could have suffocated her.

Ghpage.com is following up on this development and will update readers with fresh information.