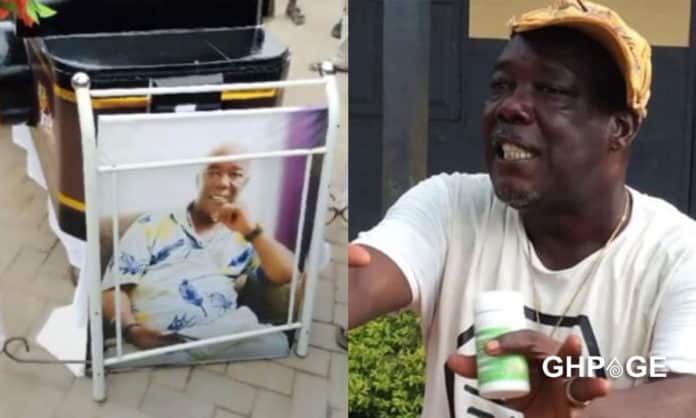 The final funeral rites of the actor took place over the weekend at the Arts Centre in Accra on Saturday, August 21, 2021, with many industry colleagues in attendance.

At the funeral ceremony, Mr Manu was laid in state in a royal attire, while standing as though he was in motion.

He was then made to rest in a brown coffin shaped like a cannon digital camera which had his photos plastered on the sides to depict how the actor lived his life through the lenses and bringing joy to many homes with his movies.

Mr Manu passed on to glory on July 15 after battling a brief illness. He was 50.

He is survived by five children and grandchildren.

May his soul Rest in Peace.