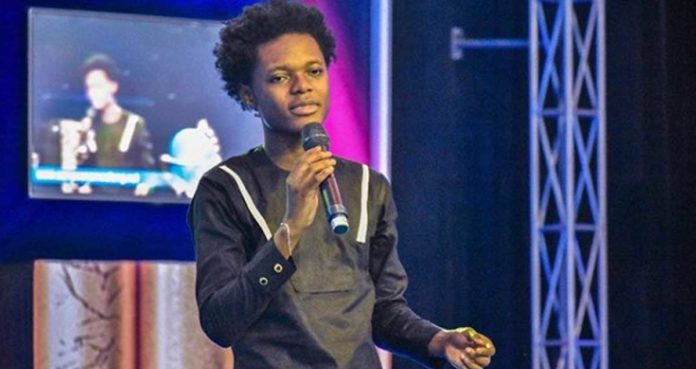 According to Samuel, he recorded excerpts of the song on his social media pages and surprisingly went viral.

Samuel explained that he was surprised and happy with the attention the song got because he did something similar before this but nothing happened.

He also stated that after he shared his ‘Nipa Fo’ skits, he got the media attention he needed and was grateful to God for that.

However, in reacting to a similar song recorded by Bro Sammy, he explained that the musician stole his song without his permission.

He disclosed that he met Bro Sammy at church and told him to do a similar video and this time should tell Ghanaians that the song belongs to him (Bro Sammy).

According to Samuel, he obliged to Bro Sammy request but after second thought and advice from his brothers refused to do it.

He further stated that few days after he failed to honour the musicians’ request, Bro Sammy recorded the same song in a studio and claimed ownership of it.

However, he revealed that he has the intention of releasing his version of the ‘Nipa Fo’ song which Ghanaians will love.