Sarkodie apologizes to Shatta Wale for snubbing him – Promises to change 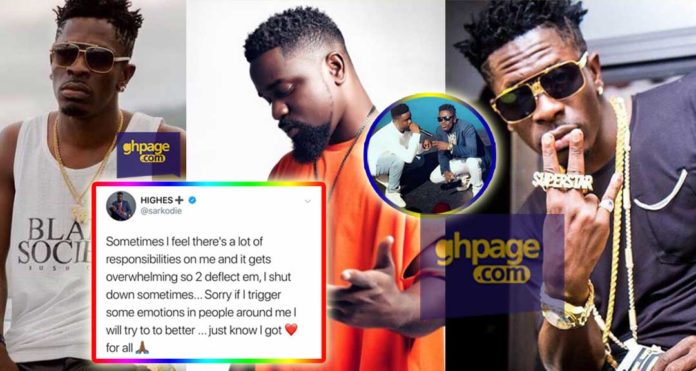 To stop the ongoing beef between his fans and the fans of the man he has in the past called his brother, Sarkodie has apologized to Shatta Wale for any treatment meted to him by his action or inaction that he is displeased with.

In a tweet not long ago, Sarkodie revealed sometimes he gets overwhelmed with things to do that he ignores or forgets to excuse some things that end up hurting those close to him and he is sorry for anyone that feels that way.

SEE ALSO: “The only way is to come together and support our own” – Shatta Wale speaks on the Naija Snub

“Sometimes I feel there’s a lot of responsibilities on me and it gets overwhelming so 2 deflect em, I shut down sometimes… Sorry if I trigger some emotions in people around me I will try to be better … just know I got for all”. 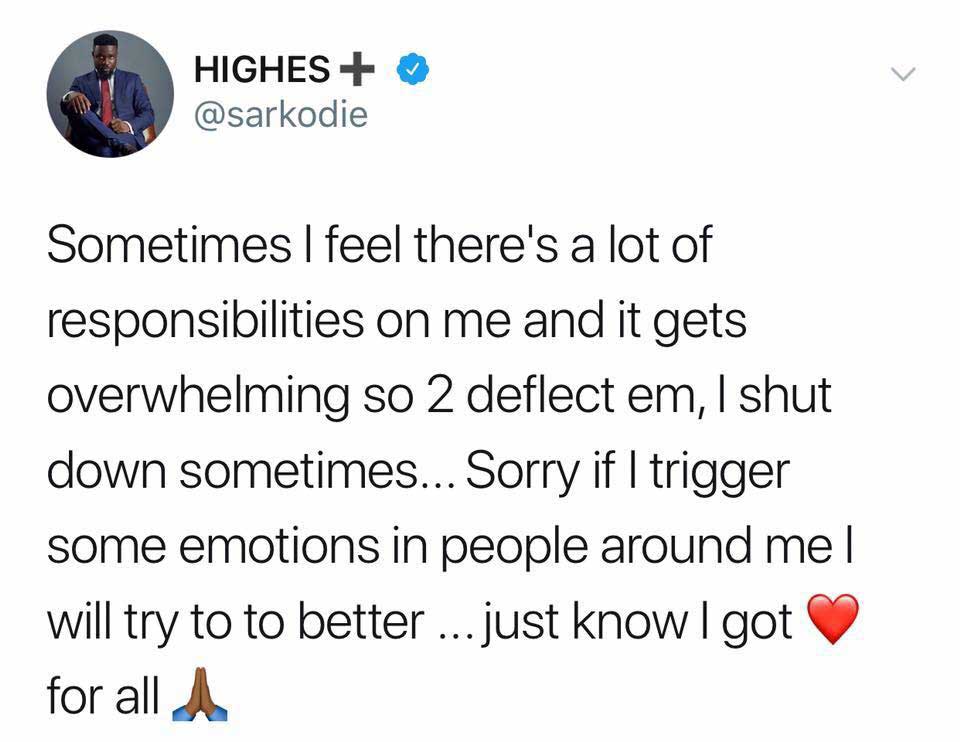 Shatta Wale explained in an interview on Hit Fm that, when he recorded “Megyewo Girl” with Sarkodie, he kept pushing Sarkodie to shoot the video for the song but Sark kept snubbing him.

But when he did a similar song with another Nigerian artist, he rushed to shoot the video for it making him feel unappreciated.

Shatta Wale vowed to charge any song he will feature on Sarkodie’s song or any of his artists from henceforth to put him on his toes because he is taking him for granted because he does it for free.

Fans of both artists have been throwing mud at each other since then. Shatta Wale recently came out and called Sarkodie a fool and advised him to warn his fans.

WATCH AND LISTEN TO SHATTA WALE SPEAK ABOUT SARKODIE BELOW

SEE Here: Sarkodie should forget getting anything free from me again – Shatta Wale