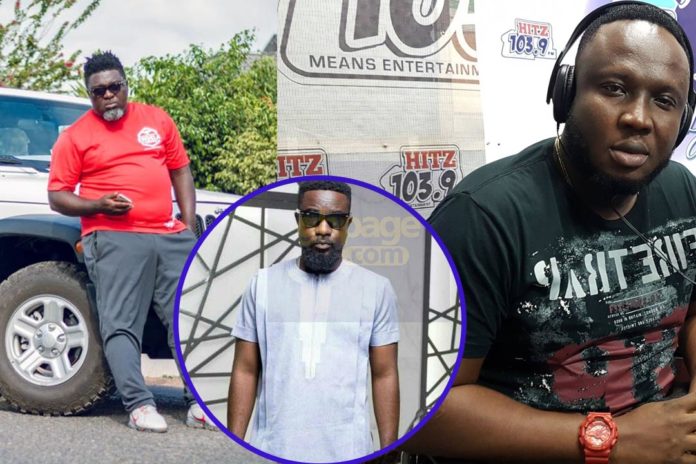 Ghana’s top musician and self-proclaimed king of rap music, Sarkodie, has caused a serious confusion between two powerhouses of music production in Ghana.

The confusion has caused legendary music producers, Hammer and Kaywa, to express dissenting views on the issue of what makes a particular song a hit.

Also Read: Rapper Sarkodie Discloses The Secret Behind Winning The BET Award In 2012

Sarkodie had stated days ago that recording a hit song is an easy thing to do but it is not a sure guarantee that a successful musician will retire from the music industry and live a comfortable life.

Sarkodie who was speaking at the at the launch of the 5th All Africa Music Awards (AFRIMA) indicated that there is more to maintaining a reigning artiste’s status than just recording hit songs.

Also Read: Hammer Explains Why He Diverted From Full-Time Music To Sell Bread

The ‘Hope’ hitmaker explained that every reigning artiste also needs to build a large following, record timeless songs and build a lovable brand that will win the hearts of the die-hard fans any day.

Kaywa disagreeing to claims by the rapper, said there are so many things to consider before one can get a hit song.

“What goes into a hit song isn’t just being a popular artiste, it goes beyond that especially when you’re considering great records of our time, from the past to now, it hasn’t been dependent on the popularity of the artiste only but great production from the studio and even great videos can give you a hit song,” Kaywa said in an interview.

He also added that a hit song has to appeal to a larger audience, stay in the system for a while or stand the test of time and should have a great production, great videos, and great lyrics.

The founder and CEO of The Last Two Music Group, Hammer, in reacting to Kaywa’s response said, “Kaywa is confusing classic with a hit song.”

Speaking on Hitz FM, Tuesday, the Music producer said the popularity of the song makes it a hit song. He said a hit song is relative. Hammer also noted that for an artiste to bring out hit songs isn’t dependent on having extensive knowledge.

Also Read: Kaywa Tried To Stop Ebony From Visiting The North But She Ignored Him – Ebony’s Managers

“Classic is the song that survives the test of time and not a hit song… a hit song is a hit song. What makes up a hit song is basically simplicity. Simplicity helps a song go all out,” Hammer said.

He continued to explain what a hit a song actually is, contrary to what Kaywa described.

SEE MORE: I Saw Ebony’s Impending Accident And I Warned Her- Kaywa