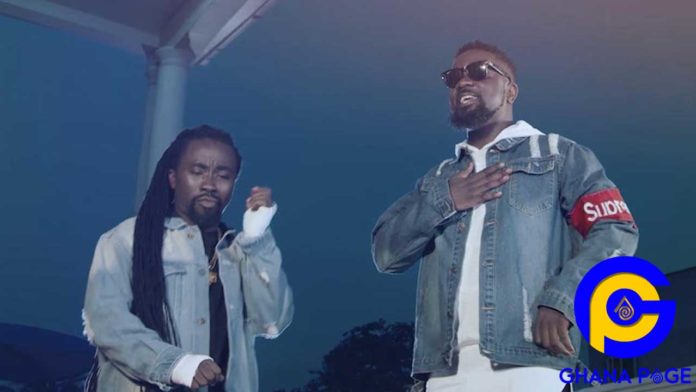 Sarkcess CEO Sarkodie after days of blasting by social media users for failing to shoot his part in Obrafour’s documentary to mark his 20th anniversary since the release of his maiden album “Pae mu ka”.

It’s been 20 years since he launched his first album Pae Mu Ka thus, he is organizing a concert to commemorate the anniversary.

According to what we gathered, Sarkodie has finally being captured for the project. The shoot was done on Saturday, September 14, 2019.

Obrafour’s documentary which tells the story of 20 years of his music journey will be premiered at the Silverbird Cinemas on September 27, 2019.

Prior to the concert in November, Obrafour and his team will be holding a couple of events; one of which is a symposium and another will be showcasing of the documentary which includes almost all the big names in the Ghanaian music industry.