A few days ago Ghanaian Disc Jockey, DJ Black a list he dubbed ‘best 50 Ghanaian emcees of all time. The list began is trending on social media as social media users, fans and pundits in geneal have been discussing it.

Now, a new list has popped up. The list generated by an anonymous person features rappers from accross the globe.  The citeria for the ranking includes but not limited to generational and cultural influence, lyrical inspiration and skill & distinctive flow.

In this list, Sarkodie was ranked at rather impressive number 14 considering the calibre of rappers in the list. The list has the likes of Jay-Z Kanye West, 2Pac, Drake, Kendrick Lamar, T. I, Ice Cube, Rick Ross as well as other globally acclaimed rappers.

Several top rappers such as Kendrick Lamar, Ice Cube, J.cole were ranked below Sarkodie and it has got people chattering about the list 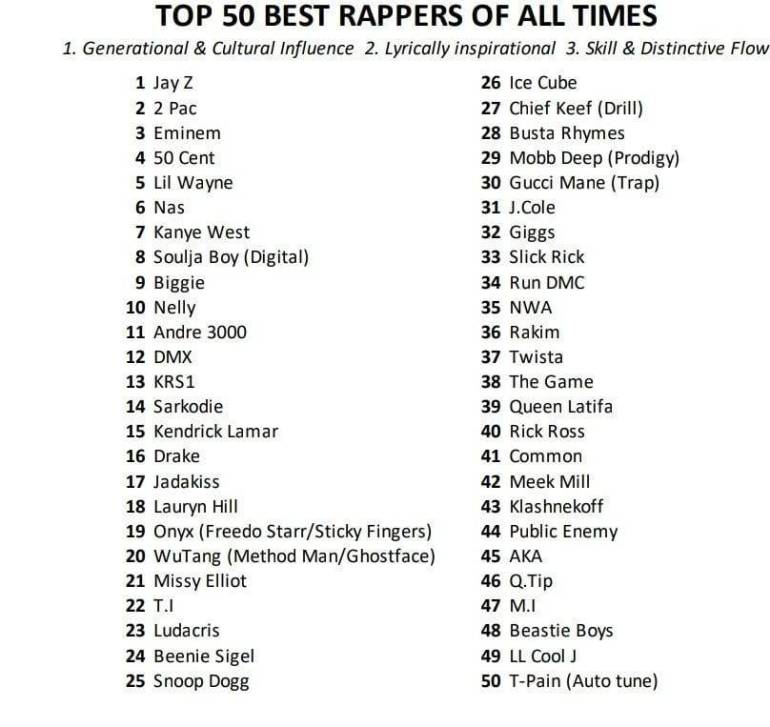 What do you think about this list? Do you think Sarkodie really deserves the ranking he received on the list? Share your thoughts and comments in the comments section.