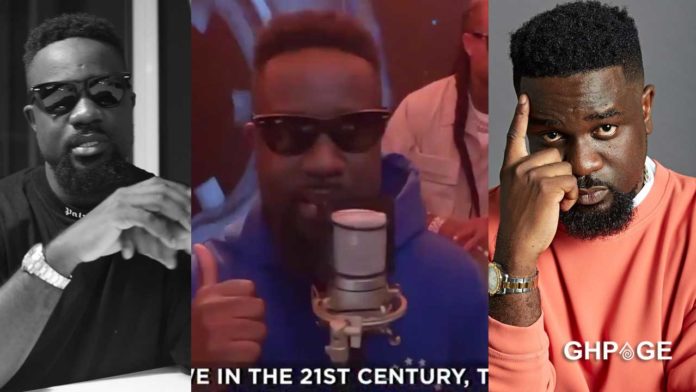 But to cement his spot as a winner, the Sarkcess music CEO went head to head in a rap battle cypher with Carribean rapper Kalash.

In a video sighted on social media, the Carribean rapper tried to unleash some of his Carribean vibes and punch on Ghana’s King Sark but at the end of the day, social media users chose to applaud Sarkodie for his raps.

King Sark used the opportunity to rap about self-love, blackness, foreign affairs down to slavery, patriotism, democracy, and freaking neo-colonialism.

Some fans of the rapper are mocking his former best friend Shatta Wale on not been able to meet up with Sarkodie since he was just giving shout out in his freestyle session with BBC some months ago.