Video: Sarkodie was asked if he will quit music for politics—His answer has left many wondering 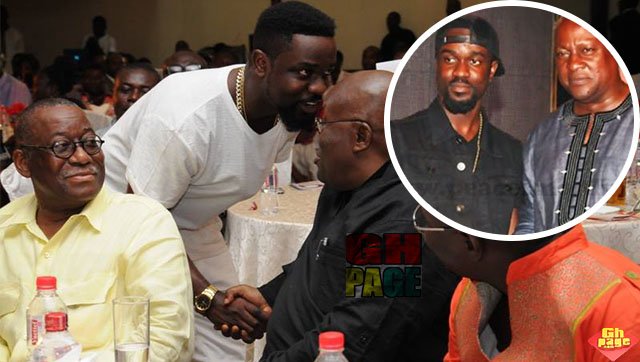 Ghana’s rap icon has said that dropping a hit song and doing music for the people has always been part of his life—But at this point in his career, he is not too much into that now.

READ ALSO: 6 Ghanaian Male Celebrities Who Married/Engaged To Older Women – Number 3 Is 10-Years Younger Than His Wife (With Pictures)

His focus, according to him, is to influence policymakers whether through his music or his preferable ways of getting close to them to share his views on how right things should be done.

“I really want to advocate for the policymakers to know that, we contribute to Ghana’s GDP and the GDP can be boosted by entertainment and we need their attention.I do that on the low and not necessarily go for a walk or a street protest or anything—I prefer to meet these people one on one and try to psyche them into understanding” Sarkodie said.

“For policy, definitely, we are far from it and I believe the system has not really done very well.Because there are certain close countries to us, who do not have the system right but they believe in the art.We need to believe and then the system comes in—But people don’t respect us and that’s the problem.I am trying my best and hopefully, my colleagues will join me to get the decision makers do the right thing” He added

And then the question came if he will go into politics? With a big smile, he quickly answered;