Sarkodie reacts to promoting Nigerian songs ahead of Ghanaian songs 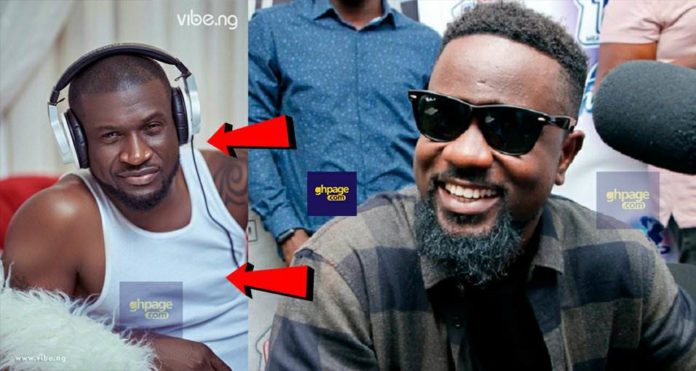 Rapper Sarkodie has revealed why he posted a link promoting a song from Nigerian artiste Mr. P of defunct music group P-square on his social media when Ghanaians were calling for support your own after the Nigerians failed to show love to Ghanaian Zylofon acts in Nigeria.

Remember some weeks ago, Zylofon media and Menzgold decided to open a branch in Nigeria thereby taking their signed artiste with the likes of Dancehall acts Stonebwoy, Shatta Wale, Becca and the host of others Ghanaian artistes to Nigeria to perform at the opening of their branch there.

Also Read: Sarkodie discloses why Ghanaian artists are not making it internationally

During the performances of the Ghanaian acts, the crowd gathered failed to show love to them talk of jamming to their songs. But immediately their Nigerian acts climbed on stage, hell broke loose as they jumped and sung along to their songs. This made Ghanaians on social media wonder why the Nigeria crowd would be cold towards Ghana’s biggest acts and begun a “Support your own” campaign on social media.

The “Illuminati” hitmaker got bashed on social media by some users and his music colleague Kwaw Kese after he tweeted the new song and video of Mr. P on his official Twitter page making Ghanaians ask if whether he was unaware of what went on in Nigeria or was ongoing on social media at that moment.

Also Read: Sarkodie finally responds to arrogance tag labeled against him by some fans

Well, the rapper has decided to let the cat out of the bag by explaining why he did that in an interview with Andy Dosty on Hitz Fm yesterday.

When asked by Andy Dosty about his reaction why Kwaw Kese decided to throw a shot at him for promoting Nigerian songs he stated that:

“I understand there’s sensitivity when it comes to the whole Ghana-Naija thing and I take the bullets because they feel you are one of the people on the forefront pushing Ghana music, so definitely anything, they become very sensitive about it. It doesn’t necessarily mean they are right or what they are saying is true but I understand how sensitive they are when it comes to these issues, so on that issue, I think it’s a bit funny.”

Sarkodie further went ahead to say that, he gives same treatment to other Ghanaian artistes who come to visit him as well and that if his camera guy is around, he always captures the moment but perhaps some are not out there, it’s because he doesn’t want people to expect what he’s working on with some of the artistes.