Sarkodie reacts to Shatta Wale being featured on Beyonce’s album 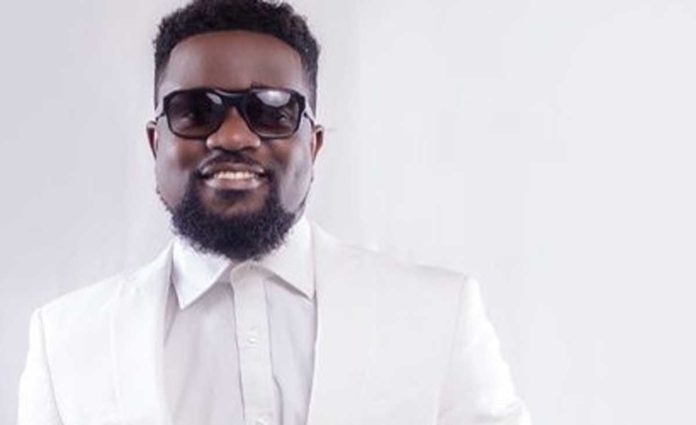 The award-winning rapper took to his Twitter page to congratulate Shatta Wale and all the other African musicians that were featured on Beyonce’s album.

Sarkodie who sounded excited and proud tweeted; “Welcome home Queen Beyonce officially Big shouts Shatta Wale!!! And all our brothers and sisters on there …Big One for the culture”. 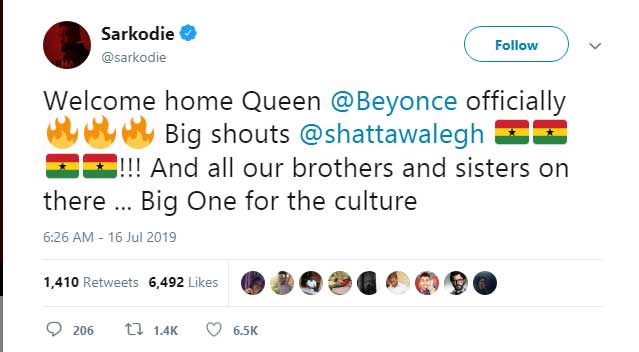 Beyonce’s new album dubbed “The Lion King: The Gift” was released recently and it featured a lot of African artists.

Our own Charles Nii Armah Mensah Jnr popularly known as Shatta Wale was featured on the album making him the only Ghanaian.

Shatta Wale and Beyonce’s track is titled ‘Power’ which promises to be a hit.

Other African artists on the album are Tiwa Savage, Burna Boy, Yemi Alade, Tekno, Wizkid, and Mr Eazi who are all Nigerians.