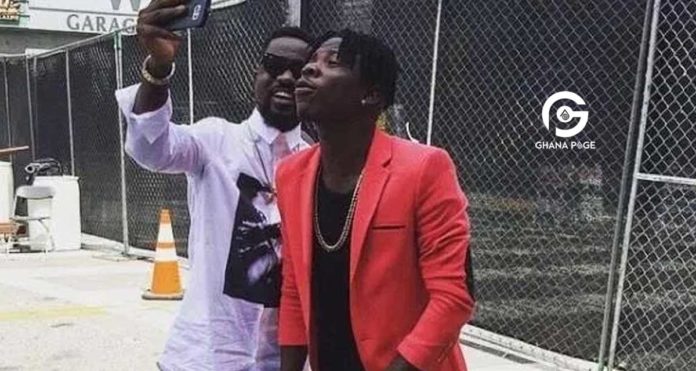 It appears Shatta Movement fans do not give a damn about the supposed peace and unity treaty between Shatta Wale and Stonebwoy. They can not control themselves but to troll Stonebwoy and Sarkodie with Shatta Wale’s dream collaboration with Beyonce.

Shatta Wale fans have been trolling Sarkodie and Stonebwoy for not getting the collaboration with the global icon despite always bragging about their global status.

Now, an SM fan has put the final nail in the coffin. According to the SM fan with the user name “Asante Asante”, although Stonebwoy and Sark have done what they can, Shatta Wale gas proven he will always Lord over them.

Comparing Shatta Wale to King David, in the bible, Asante bragged that Shatta Wale has killed 10,000 whiles Stonebwoy and Sarkodie have killed 1000 and 500 respectively.

The trending entertainment news currently in Ghana is Shatta Wale, the Dancehall King of Africa getting featured on Beyonce’s album, “The Lion King: The Gift”.

Shatta Wale and Beyoncé’s track is titled “All Ready” and it promises to be a banger; all other things considered

Besides Shatta Wale getting featured as the only Ghanaian artist on the album, award-winning Ghanaian music producer, Guitybeatz also raised the flag of Ghana high when he was picked to produced 3 songs on the album.

The talented Ghanaian music producer had credit for producing “Find Your Way Back (Circle of Life)” by Beyonce, ‘All Ready’ by Shatta Wale and Beyonce; and ‘Keys to The Kingdom’ by Tiwa Savage and Mr Eazi on the curated album by Beyonce.

Other African artists on the album include Tekno, Yemi Alade, Mr. Eazi, Burna Boy and Tiwa Savage. “The Lion King: The Gift” is set to be released on July 19, the same day the film hits theaters.