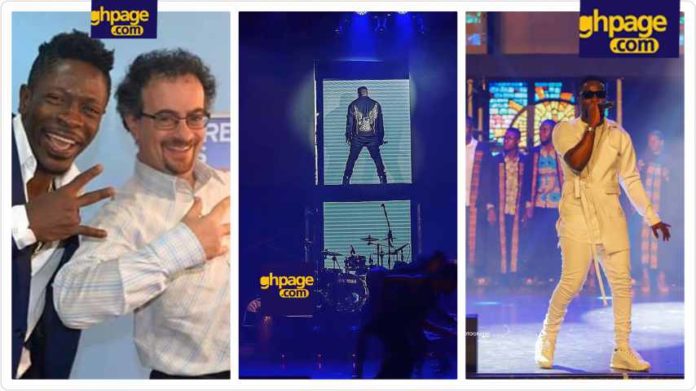 Sarkodie may have had a successful event at this year’s Rapperholic Concert, but that goes without say that there were a few hitches here and there.

Even though there were some fun performances on the night, sound amongst other things were a major setback according to some patrons.

After the event, patrons took to social media to give their take on what they felt went wrong. Jon Benjamin, the former British High Commissioner to Ghana  was asked by a fan on Twitter about his remarks on the just ended Rapperholic Concert.

The former UK High Commissioner to Ghana and a diehard Shatta Movement member, Jon Benjamin, quickly replied, that he was glad he actually missed the event and that the sound was worse than a trip to the dentist.

Read Also :Angry husband fights another man for taking his wife to a Christmas concert (video)

Jon wrote: “I’m glad I missed #RaperHolic18- sounds worse than a trip to the dentist. Sark who? 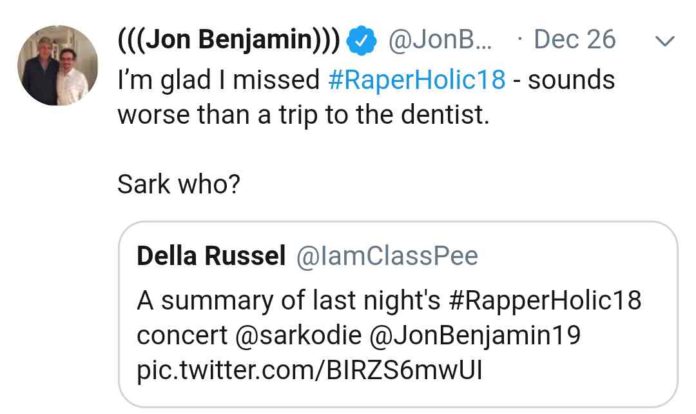 SEE ALSO :Sarkodie speaks on why things didn’t go well as planned at his Rapperholic concert