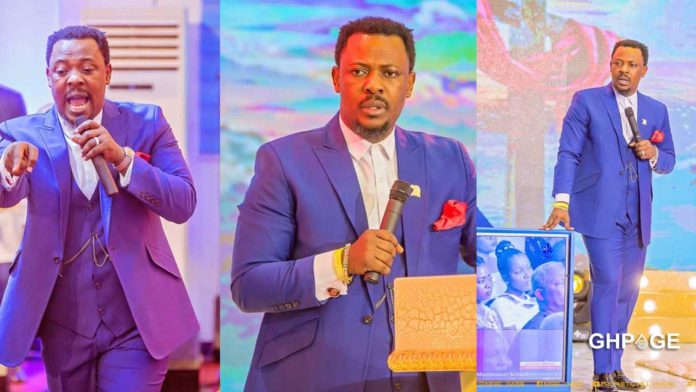 Prophet Nigel Gaisie of the Truth World prophetic fire ministries has in his latest comment revealed that he is not scared to die or to be killed by people either spiritually or physically.

According to the prophet who has predicted victory for the NDC come December 2020 revealed that just like Jesus Christ, he has died and resurrected before and doesn’t see any amount of intimidation that can stop him from carrying on as a prophet of God.

The prophet mentioned the Police Hospital as where he was declared dead by the doctors but woke up after some time. He, however, failed to give out when the exact incident took place.

He posted: “Since my childhood, I have faced the wisest of opposition spiritually and physically but via it all, The hand of the Lord kept me even when the medical doctors at police hospital declared me dead…No amount of intimidation, set up or name-callings will stop me from WITNESSING ABOUT MY JESUS CHRIST…AM FOCUSED. Only two things can stop me: Jesus Christ Himself or death…”