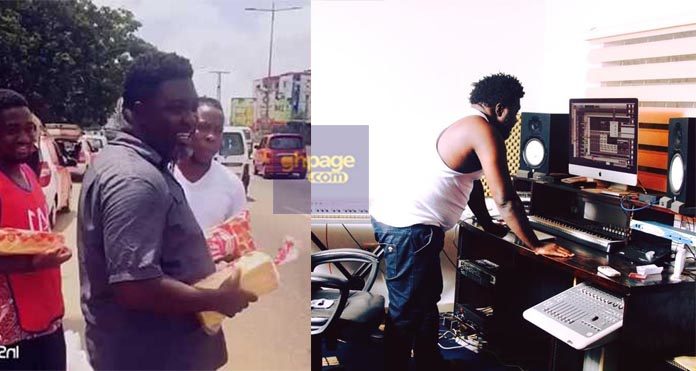 Legendary Ghanaian music producer Hammer currently works with A1 bread company, headed by Godfred Obeng Boateng, who shot to fame a couple years ago after John Dumelo bashed him on social media.

Hammer is known for discovering some of the biggest stars like Sarkodie, Kwaw Kesse, Tinny, Edem etc. His groundbreaking beats was always a delight to listen to.

The legendary music producer Hammer of the Last Two Music Group revealed in an interview on Starr FM that his switch to selling A1 Bread has really brought more money on the table than he’s ever made showbiz.

“Selling A1 bread is making me more than I made in music.”

Revealing how he started working with A1, he revealed that the two[CEO and him] of them were interested in changing lives through empowering the youth, therefore, they took a vision of expanding the A1 company to Accra.

“He (Godfred) watched me change people’s lives and he has done similar in his industry. I’ve known him for a while in Kumasi; I told him the potential in Accra and I told him about why he needs to set up in Accra and so he gave me the task and I made sure that A1 bread in Accra exists,” Hammer said.

“Most of the people selling on the streets are my rappers. People who want to rap; who worry me they have a demo; they are all making money now.

“…This is the first time I am starting something from scratch and ending up on someone’s dining table. It is so interesting.” he added.