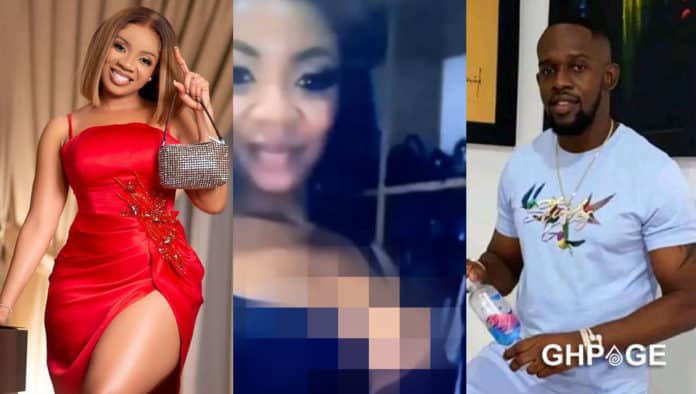 The internet has been set on fire by one Snapchat blogger who has made it everyone’s business to know the dirty secrets of beautiful Ghanaian TV personality, Serwaa Amihere, amid the innocence she portrays to the world.

According to the scoop that has been splashed on the social media network, Serwaa Amihere has been sleeping with a certain Dion guy who also happens to be the boyfriend of her best friend whose name has been given Rhoda.

The insider further alleged that at one time when Serwaa Amihere was allegedly being banged by the man in his car, her best friend, Rhoda, called on the phone but she did not respond because her vajayjay was despondently being devoured by Dion.

The blogger with the Snapchat handle @Bombshelli Sel, shared Dion’s photo below.

It is alleged that Serwaa Amihere is renting her apartment for as high as $2000 per month, an amount which is reportedly breaking her bank hence, she has asked this Dion guy to buy her a house at East Airport.

Further revelations by the faceless blogger indicate that Serwaa’s sister, Maame, has also slept with the same Dion, her supposed rich boyfriend, but they all did not know they were banging one man.

Dion, according to the insider is a fraud boy and he’s f*cking rich.

Read the screenshots below.