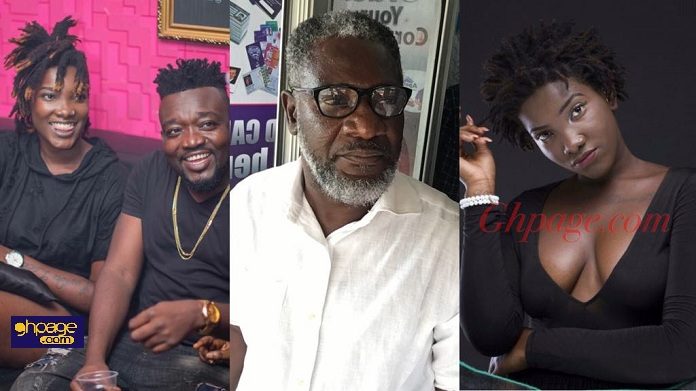 The late Ebony’s father, Nana Opoku Kwarteng says he is setting up his own Ebony foundation —though her manager — Ricky Agyemang popularly known as Bullet also wanted to set up one.

According to the father, Ebony must not die and go like that without any legacy, thus his decision to set up a proper foundation.

He believes, Bullet did not manage his daughter well and seems what they are doing or have done after her death is just a nine-day wonder.

READ ALSO: Unknown Ebony’s fiancé whom she was set to marry before she died speaks

He dismissed rumors that he had his own interest that’s why he didn’t support Bullet when he told him about setting up a foundation for the late dancehall diva.

He also indicated that he has always had plans to set up such a foundation to honor his daughter and not to rival Bullet’s.

This follows after Mr. Kwarteng had come out to state that, Bullet, gave him next to nothing from the proceed gotten from his daughter’s last concert after her demise.

Mr. Kwarteng making this revelation in an interview on Adom FM’s entertainment hall on Saturday added that he doesn’t need the money made from his daughter’s career to survive hence he only expected Bullet to be truthful to him.