Sex for Grades: I honestly don’t find it surprising that Gyampo and the rest were implicated- UTAG President 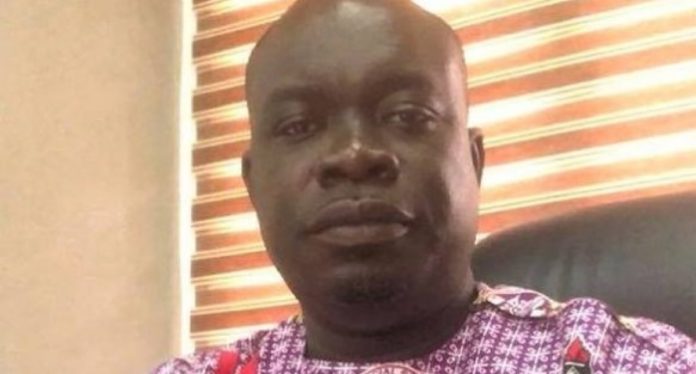 Prof. Charles Ofosu Marfo president of the University Teachers Association of Ghana UTAG, has waded in on the ‘Sex for Grades’ scandal which has rocked the University of Ghana following the release of BBC Africa Eye’s investigative documentary which reveals the escalating rate of sexual harassment in some tertiary institutions in West Africa.

According to Prof. Ofosu Marfo, he is not even surprised that some lecturers in  including University of Ghana’s Prof. Ransford Gyampo and Dr. Paul Kwame Butakor as well as their colleagues in the University of Lagos were caught on tape demanding girls for sex in return for favours.

He added that it had become a norm in Universities citing Kwame Nkrumah University of Science of Technology (KNUST) as an example, he admitted that the school was notorious for lecturer-student and student-student sexual relationships on campus. He added that committee in charge of such situations has several of such reports on countless occasions.

The Vice Dean of the Faculty of Social Sciences at the KNUST in an interview on Kumasi-based Angel FM also added this incident that has been unearthed at the University of Ghana and the University of Lagos is appalling and could affect the work of lecturers because, according to him, “they may feel spied on at every move they make”.

On the other hand, President of the University Teachers Association of Ghana (UTAG) University of Ghana chapter , Dr. Samuel Nkumban, opines that the BBC investigative piece lacks concrete evidence to label the whole scenario as  “Sex For Grades.”

“To title it as ‘Sex for Grades’ is something I cannot duly come to terms with in terms of the fact that there is a conscious attempt by a University Professor or lecturer to finger somebody before giving out a grade he or she doesn’t deserve. I haven’t seen that come clear. I don’t see anything that directly relates to sex and grades”

Prof. Gyampo and Dr. Butakor the two University of Ghana lecturers involved in the the scandal have been interdicted pending and official investigation into the issue by the University’ Anti-Sexual Harassment Committee.

Both Lecturers are of the view that they are innocent. Prof. Gyampo who has been very vocal since the scandal erupted, has made his intentions to sue the BBC for defamation clear.

The story continues to unfold keep visiting this portal as we bring you prompt updates.

Parts of the texts used in this report were culled from Mynewsgh.com.