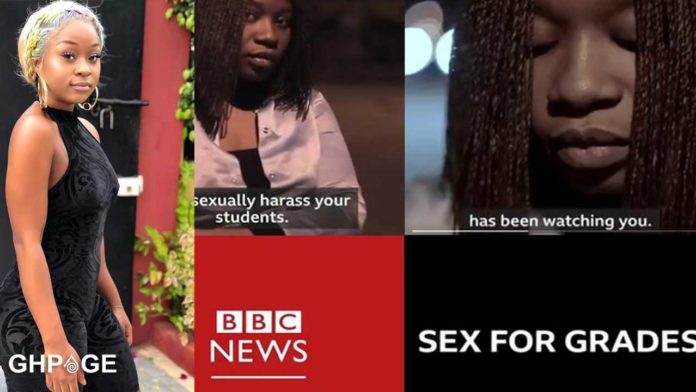 Ghanaians and some African’s since yesterday have been talking about BBC’s documentary “Sex for Grades” which sets out to expose some university lecturers who engage in enormous relationships with their students before giving them good grades.

Taking to her Twitter handle, the slay queen tweeted; “No difference between sex for grades and sex for a job.Happens in America, Africa and all parts of the world. The fucked up part about this “revelation” is that its not gonna stop!!” 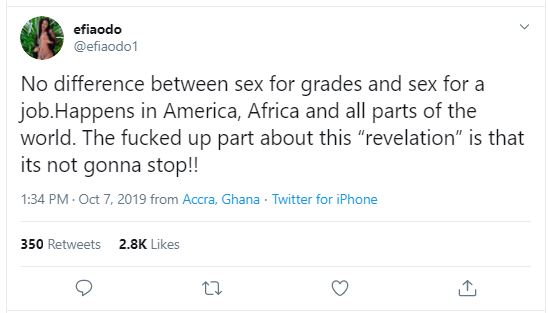 As some people were siding and bashing her for her comment on this delicate matter, she came back and tweeted;

“As long as there are vulnerable young women, there will be sex in exchange for something! This narrative ain’t gone change. What’s really gonna happen is that these assholes of men will just be a little more careful. They will start checking for hiding cameras. God help us all!”