Yvonne Nelson slammed for comments on ‘Sex for Grades’ scandal 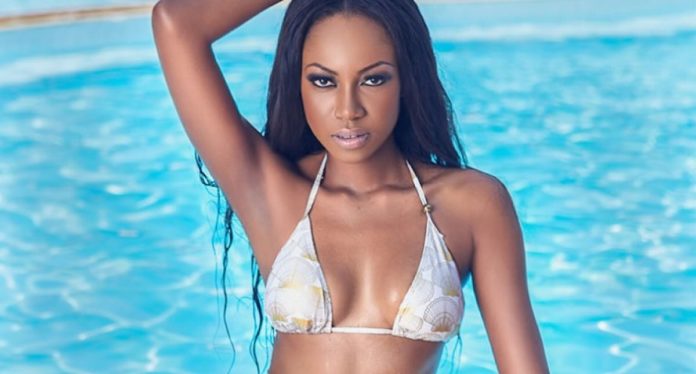 Ghanaian actress, Yvonne Nelson recently commented on the sex for grades scandal which rocked Ghanaian and Nigerian media landscape yesterday. Her comments however were badly received by onliners as she has been criticised for being a hypocrite

Yvonne Nelson in a tweet commenting about the scandal, implied that ladies who do not ‘cover’ their bodies on social media are causes of sexual harassment.

“Sex for grades! Sex for jobs! Sex for everything in our part of the world! Your brains dont matter here. It’s the covered parts they want, oh wait, these parts arent covered anymore…its free on social media. Will it ever change??”

Social media has severely slammed the actress calling a pretentious hypocrite. They pointed out that there is no one who is more skimpily dressed than the actress both in person and on social media but has the effrontery to attribute the sex for grades situation or sex for jobs situation in Africa to how ladies dress.

@diana_o_a wrote; “Surely Yvonne Nelson isn’t trying to shame women for not fully covering their bodies. Surely she can’t be. My eyes must be paining me”

@orfair tweeted;” l#sexforgrades isn’t about dressing, it’s about power. Victim blaming is inconsiderate and shameful. Blame the predator not the prey”

@Ghanaman wrote; “Yvonne you really be gyimigyimi. Instead of lending your voice to the oppressed as someone with influence, you just tweeted like you’re Nungua Yvonne Nelson.”

@jayydare tweeted; “Yvonne Nelson. Youuu that ties towels in your movies and take them off is trying to slut shame?? Like you literally do things our society deems as “immoral” You’re here performing for the same men that wouldn’t even batte an eye in calling you an “ashawo” in seconds. Shame”

@okwasiabinti tweeted; “Yall shouldn’t blame Yvonne Nelson for her tweet. You see ehn, she is tall and also puts on wig. Imagine been close to the sun with  wig on head. Her brains are fried and damaged . Allow her to misbehave”

@Akuabafante tweeted; “Yvonne Nelson talking about nudity on social media and its relation to sexual harassment in universities will never not crack me up… Like You??????!!! I personally hate to see it”