Shatta Bandle is said to have kidnapped, raped a 15-year-old girl; family threatens to sue 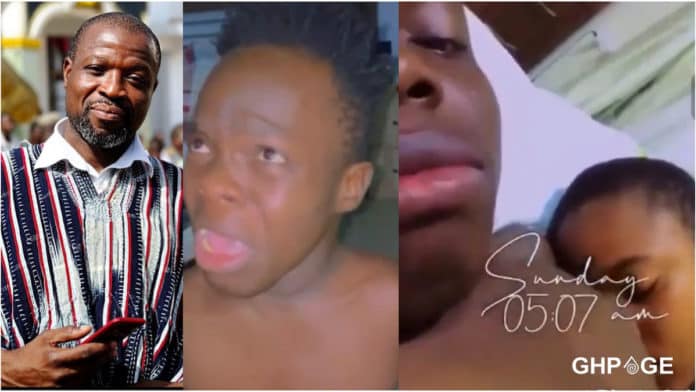 Tamale based socialite Shatta Bandle is reported to have raped a 15-year-old girl in Bole.

The self styled ‘richest man’ in Africa, Shatta Bandle recently shared a video of himself in bed with a young lady on social media.

The background story that came after the video went viral is that that young lady is only 15, which he allegedly kidnapped and had sexual intercourse with her when he went for a programme in Bole.

Mahama Haruna, a supposed uncle of the young lady identified as Aisha took to his Facebook timeline to reveal the family’s intention of taking legal action.

“So the only achievement of the self acclaimed rich man from Tamale called Shatta Bundle when he visited Bole on Saturday 3rd April, 2021 to be part of Aseda Records signing of a musician called Lexicon at the plush Wuripe and Sons Royal Lodge (Bole Dubai) is to rape a little girl (name withheld) that is less than 16 years of age at the hotel.
The video of this rape is trending… I’m just wondering why Shatta Bundle will rape a little girl and make a video of it?
The little girl happens to be the daughter my direct brother.
In fact she is a favourite daughter of the family because she was named after our late mother.
I just laid my hands on the birth certificate of the little girl and it will be very interesting in court…”He posted on Facebook.

In another news, Efia Odo has revealed that Shatta Bandle proposed to her some time ago but rejected him because he’s short.

Efia Odo stressed that she cannot date Shatta Bandle because he does not fit into the type of men she likes.