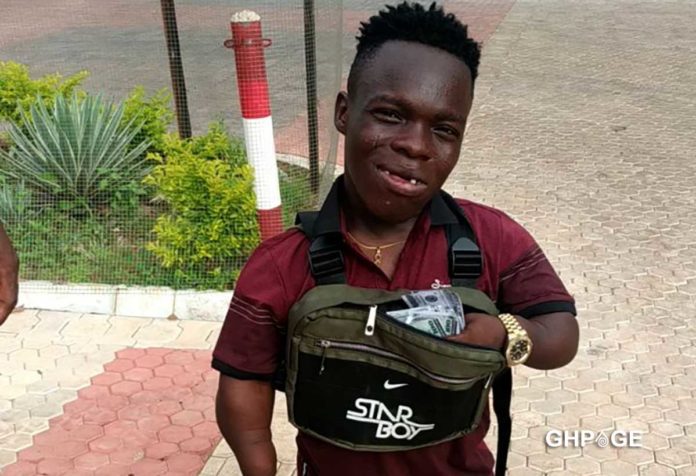 Undoubtedly the most talked about personality on social media right now, Shatta Bandle has been doing extremely great exploits ever since he travelled to Lagos, Nigeria.

From his epic feature in Rudebwoy of P-Square’s music video to being heavily guarded by police as he entered his expensive car, Shatta Bandle continues to erase every doubt about him being a billionaire.

In a recent development, Shatta Bandle has mounted a bigger stage at the billionaires premium party held in Lagos Nigeria over the weekend.

As usual Shatta Bandle caused uncontrollable laughter as he bragged about his non-existent wealth and mansions. The diminutive bragged used his catch phrase,  “I’m short but my pocket tall” which left the billionaire patrons reeling in laughter.

It is safe to say that Shatta Bandle stole the show. Keep making Ghana proud. Idris Firdaus popularly known as Shatta Bandle came into the limelight after he declared himself the richest man in Africa ahead of billionaire entrepreneur Aliko Dangote.