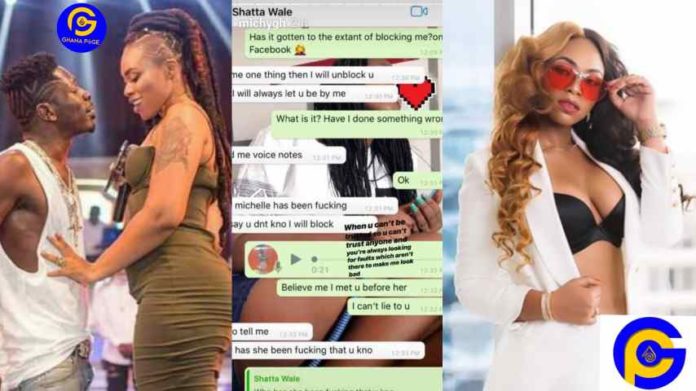 There’s some new drama boiling up from Shatta Wale’s house as Michy has released screenshots of some chats which indicates that Shatta Wale suspected her of cheating on him.

There have been reports that Shatta Michy, girlfriend of Shatta Wale, has absconded together with their son with some documents of the musician.

According to the source, Michy stabbed Shatta Wale’s back with scissors, and other sharp objects.

It added that she then took Shatta Wale’s Range Rover and other important documents, and sneaked out of the house without the knowledge of her boyfriend.

As it stands now, Michy came out this morning confirming the reports.

Michy has again gone forward to release screenshots of some chats which indicates that Shatta Wale suspected her of infidelity — which isn’t true.

In one of the chats with one SM Diva, Shatta Wale was asking the lady to tell him if or not she knows that Michy has been cheating on him.

The SM Diva identified as Chenessy replied Shatta that she doesn’t have any idea if or not Michy was cheating on him.

Chenessy said she has never seen/know that Michy cheats on him.

Below is a screenshot of the chat: 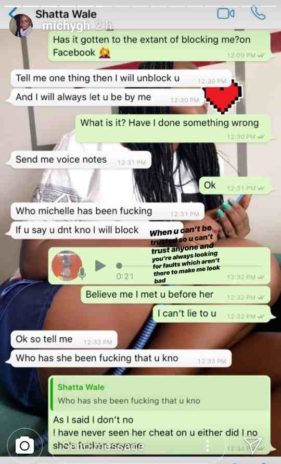