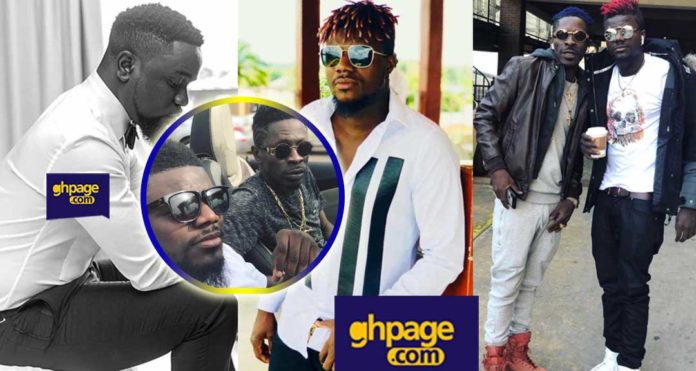 It appears Shatta Movement family has placed sanctions on Pope Skinny, the linguist of their boss, Shatta Wale for his sellout tweet when Sarkodie dropped his diss song for Shatta Wale a week ago.

A die-hard member of the Shatta Movement Family, Arthur Forson has just released the sanctions that have been placed on Pope Skinny for endorsing Sarkodie’s “Advice” to Shatta Wale.

Among other things, Pope Skinny is henceforth banned from walking with any SM member. He is also banned from swimming in Shatta Wale’s pool.

Again, he will be pelt with stones if he is seen anywhere around a stage either big or small Shatta Wale is on performing.

Check out all the 6 sanctions placed on Pope Skinny below

At SM, we get a code on conduct and Pope Skinny had broken that code and so henceforth…
1. Pope Skinny walks among us but not one of us.
2. He will not swim in daddy’s swimming pool till further notice.
3. He will drive Majesty and his senior sister to and from school until further notice.
4. He will chop stones each time he tries to follow Daddy on big and small stages.
5. He will wash Mama’s(Michy) underwear for a year or two until we see he’s of good behavior.
6. He’s banned from using the statement “SM4Lyf”. 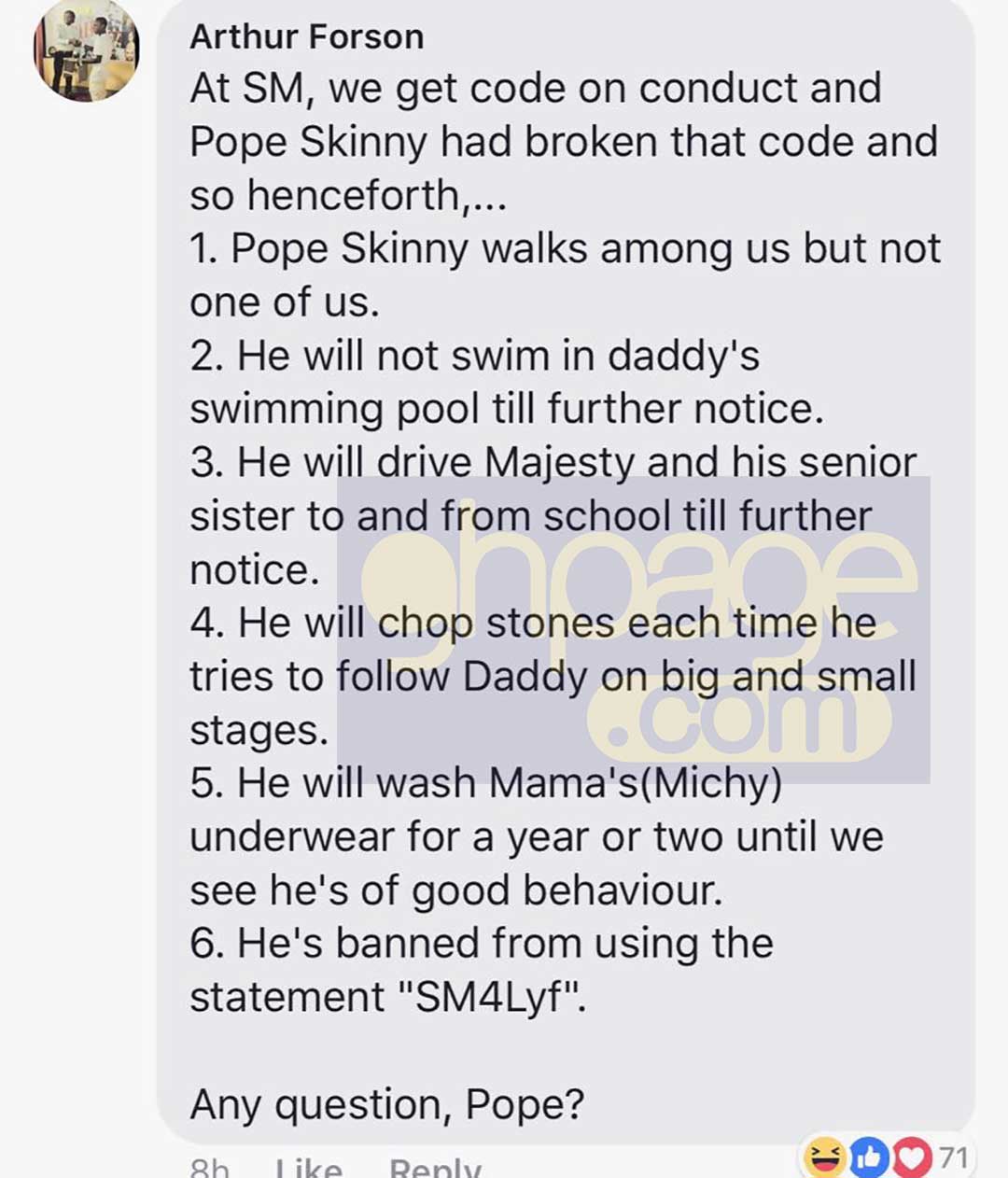 On 13th October 2018, Sarkodie after weeks of being attack and mocked by Shatta Wale hit back and released a freestyle video advising Shatta Wale. The words were so damning that Ghanaians got hooked and Shatta Wale and his fans were mocked all over Ghana.

Pope Skinny who is the right-hand man of Shatta Wale after listening to the diss song for his boss tweeted: “King Sark ?????? @sarkodie ?????? THIS IS REAL RAP.”

This tweeted infuriated Shatta Wale fans who got really pissed and vowed to deal with him. Pope Skinny came back with the explanation that he didn’t know it was a diss song for his boss because he listened to only two lines from the song before he tweeted.

But Shatta fans say no! He wasn’t even allowed to attend the Reign Album launch; something he toiled for months to make successful.