How the Shatta-Beyoncé collaboration was made possible revealed 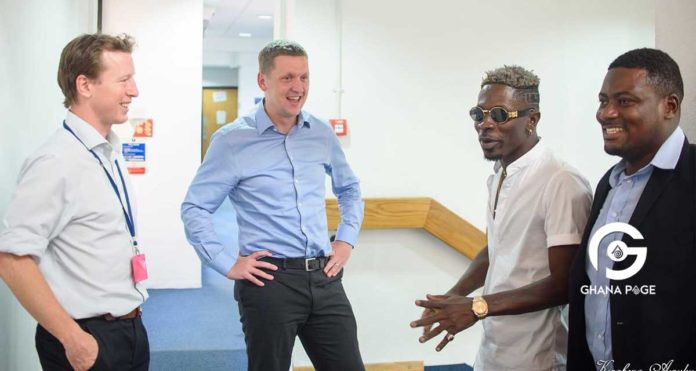 One of the things baffling many Ghanaians is how Shatta Wale was able to secure a feature with the global music icon, Beyonce on her upcoming album, The Lion King: The Gift. Shatta Wale is the only Ghanaian to be featured on the album.

Finally, a high ranking member of Shatta Movement family who is also a strong pillar of the Dancehall artiste, Shatta Wale himself has finally explained.

Chris Koney, who happens to be a well-connected showbiz personality and strong member of the Shatta Movement family spoke to some close associates of Beyonce about Shatta Wale. Chris Koney is also the PRO for Shatt Wale

He strongly urged them to listen to the African Dancehall King and if possible, feature Shatta Wale in Beyonce’s upcoming album, “The Lion King”.

After listening to a couple of songs of Shatta Wale they fell in love and decided to feature him on the album.

“I remember the day I had a chat with Theresa and Kwasi of Parkwood Entertainment, an American management and entertainment company founded by American singer Beyoncé about King Shatta Wale being on The Lion King. “He is a real champion and his verse is killer” – that was the response I got from them after the song was sent.”

Charles Nii Armah Mensah is trending worldwide, Real Champion, Real King, you made Africa proud! Now the world will witness the greatness called Shatta Wale as that BIG TUNE drops! Thanks to Leslie and everyone who helped to make this see the light of day!”

Shatta Wale and Beyonce’s song is titled “All Ready” and The Lion King: The Gift” is set to be released on July 19, the same day the film hits theaters.