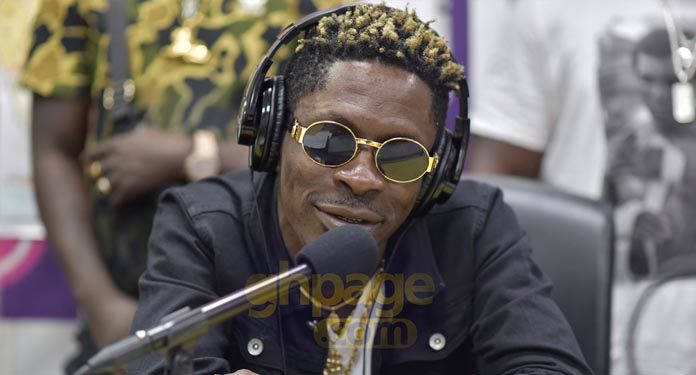 Self-acclaimed dancehall king Shatta Wale ahead of the release of his “Reign” album which is scheduled to be launched in October has been granting interviews with some media houses in the capital.

In an interview with Jessica Opare of Citi FM yesterday, Shatta Wale declared his intention to be a president someday.

“I’ll go for it (presidency) because I believe Ghana is not for one person… It is for all of us and if people feel I have that strength to talk for them [why not?]. They [politicians] shouldn’t come and blame me in future when the eyes of the youth open and they feel like we are tired,” he said.

read also: Shatta Wale dares his colleagues for a showbiz interview against him

Shatta Wale stressed that politicians in the country need to put pragmatic measures in place—with the aim of giving better opportunities to the youth.

“Let’s give the youth the chance. Don’t let us watch the country like that and when we go to Dubai we want to take pictures…When you come to Circle to campaign and they vote for you, do your job…If the leaders don’t pay attention to us [the youth], and they feel the only thing they can do for us is to come on TV and speak big grammar, they’ll get pissed. Politicians need to wake up, otherwise one day, Ghana will wake up one morning and they will hear people say Shatta Wale should be president,” he stated.

Shatta Wale whose ‘Reign’ album is in the offing also disclosed that despite people’s ill perception about him, he always tries to instil the value of respect among his friends and the Shatta Movement.

Recently, he released the ‘Gringo’ video, which is said to be the most expensive music video that has been produced by a Ghanaian musician.

Signed to the Zyofon Music record label, he has released ‘Amount’ which is gaining airplay in the music space.