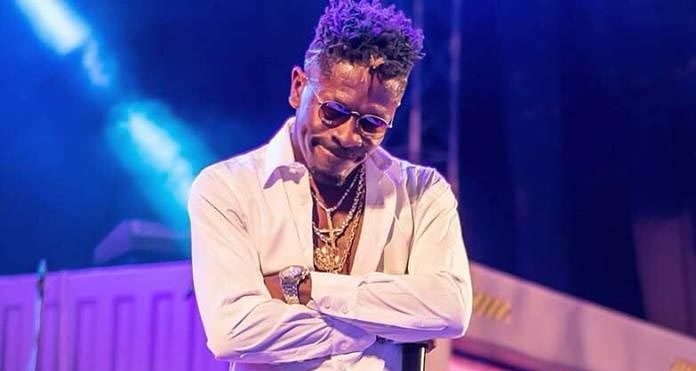 Most Ghanaian celebrities in their own ways have criticized Lance Corporal Frederick Amanor, the police officer who assaulted Patience Safo and her less 3 months old grandchild inside Midland Savings and Loans in Accra. Shatta Wale has finally broken his silence.

Picking a line from a verse in his hit song ‘Gringo’, Shatta Wale Tweeted: “If you is a man beat a gyal that a bush…THIS IS UNACCEPTABLE.”

If you is a man beat a gyal that a bush…THIS IS UNACCEPTABLE ?

Well, the tweet which was supposed to shade the police officer and send a strong warning to other men to desist from hitting women has landed the self-acclaimed Dancehall King in trouble.

SEE ALSO: I used to cry whenever there was a bad news about Shatta Wale – Michy

Well, social media users and some fans of Shatta Wale do not understand why Shatta Wale will have the courage to condemn someone when he also does the same to Michy.

READ SOME FUNNY REPLIES TO HIS TWEETS BELOW

Bush man with his Bush Language speaking to his Bush fans, where is your Bush wife Michy ? Didn’t you Bush her away with knife with your Bush mouth ? Gyimi ????

Abi this no be notin new for u….uve beaten michy and threatened her with knife several times

SEE ALSO: Patience, the woman who was assaulted by the Police Officer speaks

Ghanaians if not all have heard the story of Former President Jerry John Rawlings using a fighter jet and flying under the...
Read more