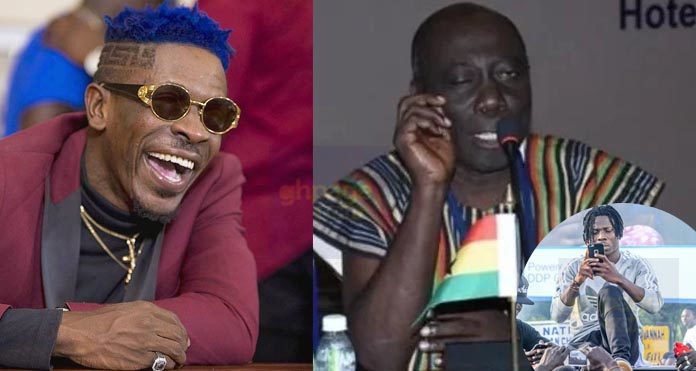 After throwing several jabs at Stonebwoy including personally attacking his disability by referring to him as a one leg cripple, the Ghana Federation of Disability Organizations (GFD) has threatened to sue popular dancehall artiste, Shatta Wale, for his abusive comment on music artiste and label mate, Stonebwoy.

According to the president of the organization, Yaw Ofori-Debrah, they will first request an apology letter from him and if he fails to render an apology, they will take legal action against him.

“We see it as an insult on all of us, and as such, we are going to use Article 191 of the Disability Act to file a case against him,” he told Mike 2 on Adom Fm.

According to him, they would first write a caution letter to Shatta Wale, so that he can respond with his apology letter. A failure to do that, he went on, will lead to the filing of a suit against him.

He went on to say that the reason the federation delayed was that when Stonebwoy was contacted on the issue, he said he was not going to comment on it. Meanwhile, all attempts to contact Shatta Wale failed as his phone was off.

Meanwhile, Shatta Wale stated emphatically that he won’t apologize for disrespecting a person with a disability because Stonebwoy also called him a big mouth.

READ MORE: 10 Ghanaian celebs whose introduction into the entertainment industry “destroyed” the careers of others