Video: Shatta Wale fan in Nigeria send an important message to him and Wizkid 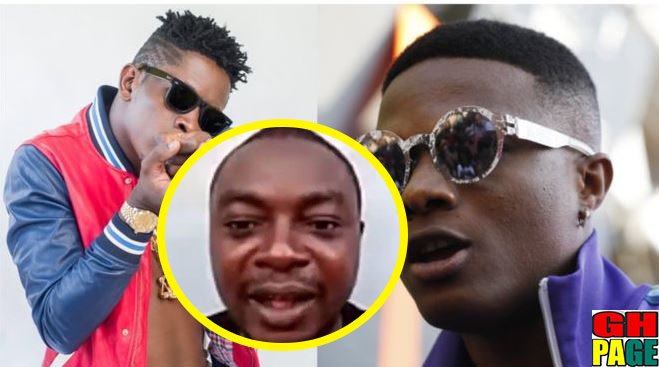 Just last week, we informed you about Shatta Wale who came for Wizkid in a radio interview on Kasapa fm.According to the dancehall King, and if I am to paraphrase..” he is working hard and so if he sees Wizkid, he wouldn’t consider him a superstar.”

The news media portals, of course, took this and made it looked like, Shatta claims Wizkid isn’t a superstar — Which wasn’t exactly what he said.The more reason I encourage readers to read beyond “titles”, it makes you well informed.

READ ALSO: This is how BBC reported on the ‘Shatta Wale Wizkid Beef’

However, after that reportage came out, Nigerians came at him with all the insults you can imagine.(Don’t even imagine, read them here).

Shatta Wale, as much as we know him to be, also replied them in an equal measure.

In all of this, Wizkid did not reply him or say anything about the whole situation on any of his social media accounts.

Shatta Wale decided to take it a notch further by releasing a song that is aimed at Wizkid.[Listen to the song here].

In all these, only one Nigerian artiste came out boldly to support Shatta Wale with our own Samini doing the Vice versa.

With the notion that Nigerians, no matter what always support their own, Shatta Wale had gotten a fan who is a Nigerian and not just that, had offered an advice to the ‘dancehall king’.

In a recorded video, he is pleading with Shatta Wale to take it easy.He noted that, they also like him so he shouldn’t talk anyhow about Nigeria and that Nigerians are also behind him.

He also indicated that Shatta should watch his mouth as he believes, Wizkid is on his own so as him.

“You are a big boy, you dey try, but take it easy.The way you are talking on social media is not going to help you.”He said

“I remember, I saw you in Tawala beach in 2004,2005, Wizkid that time was bossing everywhere in Africa so take it easy.We beg you, we are your fans, your people, we are on your side.You are Shatta, Shatta movement is on your side.”He added

He ended with a statement that, both Shatta and Wizkid are all street boys and should not be seen fighting.They should cool down and do their own things.

Below is the video;