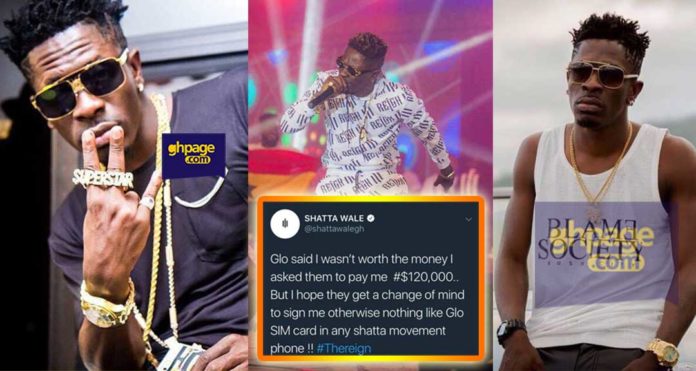 Shatta Wale has declared war on the management of Glo Ghana for refusing to sign him for $120,000 because they claim he is not worth the amount he has quoted.

It appears Shatta Wale’s management had sat down to sign a contract with the Nigerian telecommunication network for the Dancehall King to join the list of Glo Ambassadors in Ghana.

Shatta Wale’s management demanded 120,000 dollars but the management of Glo Ghana refused with the explanation that he is not worth the amount mentioned.

Shatta Wale took to Twitter to make things clear to Glo management that he hopes they get a change of mind if not, not a single member of his Shatta Movement family which numbers thousands if not millions will use even a single Glo SIM card in his phone.

Glo said I wasn’t worth the money I asked them to pay me #$120,000.. But I hope they get a change of mind to sign me otherwise nothing like Glo SIM card in any shatta movement phone !! #Thereign 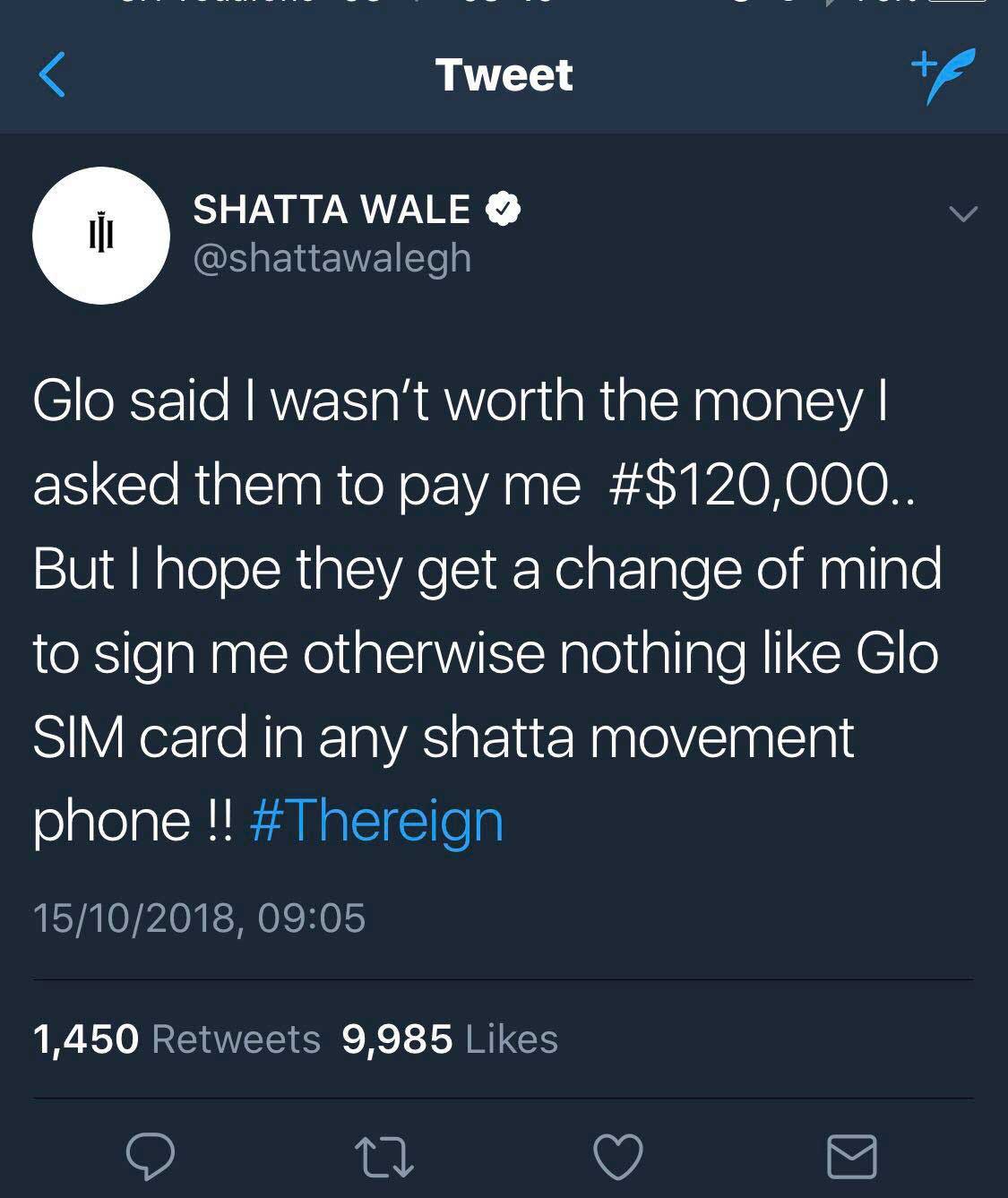 Shatta Wale launched his Reign Album on 13th October 2018 at the Fantasy Dome in Accra and 20,000 people gathered to support the album launch.

The first copy of the Reign album was sold for GHS150,000 and it was bought by Sledge and his wife.