Shatta Wale was going to greet the Tourism Minister – Bulldog 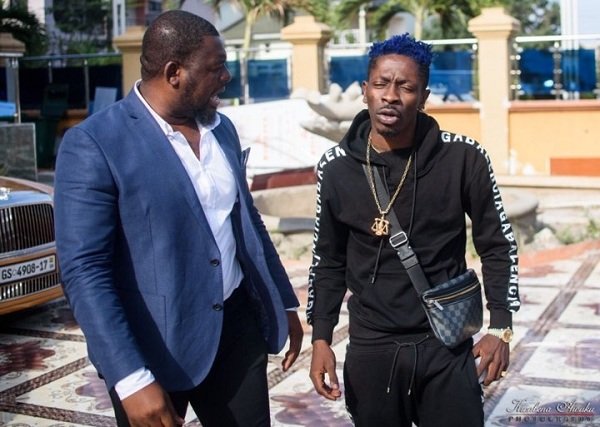 The fracas between Shatta Wale and Stonebwoy is still been discussed on various media platform with people bringing out different reasons why Shatta Wale was going to the stage.

After the unfortunate incident that halted the award show for some period, it was disclosed that the SM boss was going on stage to congratulate his fierce rival for winning Reggae/Dancehall Artiste of the year for 5years consistently.

Yesterday, Shatta’s father also came out and stated that his son was only relocating from where he was sitting to the VIP section of the auditorium where the awards night was held.

Also Read: Shatta Wale’s fight with Stonebwoy could have been avoided – Tourism Minister

Well, now former manager of Shatta Wale, Lawrence Asiamah Hanson popularly known as Bulldog has also come out to give a different account on what actually Shatta Wale doing before it led to the fight.

According to Bulldog, the minister of Tourism, Culture, and Creative Arts Mrs. Barbara Oteng-Gyasi wanted to meet Shatta Wale so he(Shatta Wale) was moving to the front to meet the minister and not to stage as people think.

Watch his video below;

He added that whilst moving towards the minister, one member of Wale’s crew suggested they should go and congratulate Stonebwoy and it was whilst they were making that move that the commotion started and Stonebwoy pulled his gun.

Since the incident happened, Bulldog has thrown his weight behind his former artiste Shatta Wale and has called Stonebwoy many names and also accused him of crying during police interrogation.

Shatta Wale and Stonebwoy have already been charged and arraigned before a court.

The daughter and firstborn of actress Nana Ama Mcbrown known as Baby Maxin is celebrating her first birthday today and her celebrity...
Read more