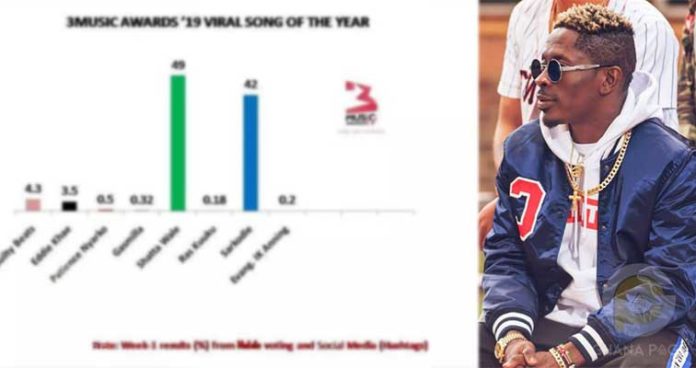 The second edition for 3 Music Awards is here again and it promises to be more thrilling than what patrons experienced last year during their first edition.

Well, as the nominations were released, one category that has got everybody’s attention is ‘Viral Song of the Year’ which determines the song that enjoyed massive airplay.

As it stands now, Dancehall king, Shatta Wale would be declared the winner with his ‘Gringo’ in the Viral song of the Year category as he’s currently having the highest vote after organisers of the award scheme decided to drop the results for two categories.

Shatta Wale’s 2018 song ‘Gringo’ was nominated alongside songs from the likes of Sarkodie, Patience Nyarko, Guilty Beatz, Gasmilla, Eddie Khae, Ras Kuku and Evg. Aning in the Viral Song Of The Year category and after a week of voting, he’s leading the pack with 49% of total votes and Sarkodie follows him with 42% with his song ‘Advice’. 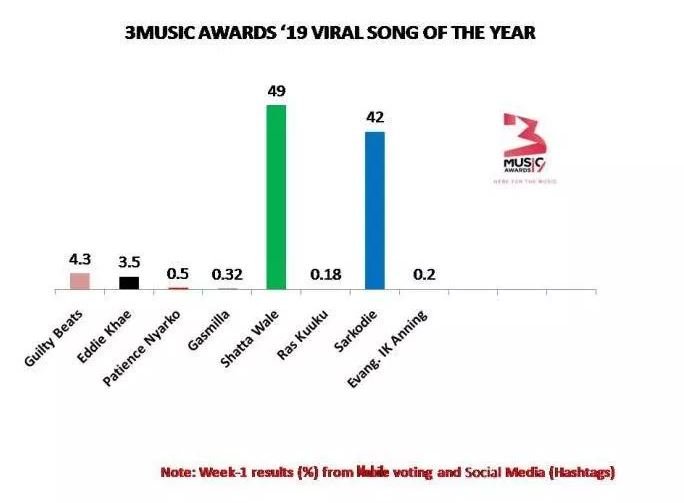 The 2019 edition of the award set to take place in March 2019 at the Fantasy Dome at the Trade Fair Centre, Accra.