Shatta Wale’s Most Talked About Song “Gringo” Lyrically Empty? – Check Out The Lyrics To Decide 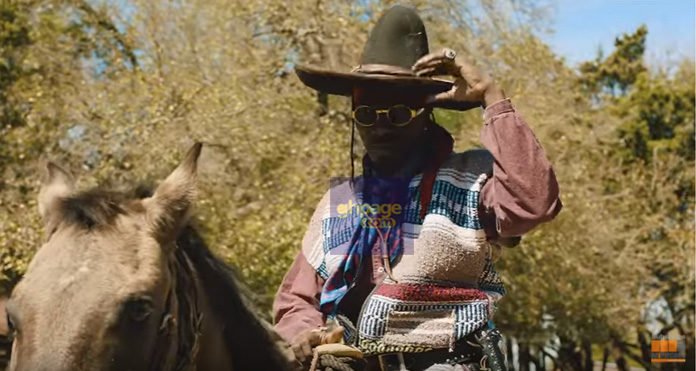 Ghanaian dancehall artiste, Shatta Wale, released what’s supposed to be a music video for his song, GRINGO a few days ago generating mixed reactions from fans and industry critics.

While some have applauded the Dancehall act especially the fans who’ll definitely accept anything from their artiste hook line and sinker, others are of the view that the song, Gringo by Shatta is just senseless especially the lyrics.

According to some film critics, the cinematography or camera works is great–and that’s all. Another section of social media users is of the view that the 7-minutes music video looks more like a movie and that the song itself lasted for 1 minutes, 44 seconds and doubted Shatta Wale’s lyrically prowess.

Ace Journalist with media giant TV3 has added his voice to the trending video of Shatta wale dubbed ‘Gringo’. According to him the most talked-about song in Ghana currently, Gringo, from Self acclaimed Dancehall King, Shatta Wale who has more ‘ Jama’ songs to his name than dancehall songs as ‘ lyrically empty’.

Rival and label mate Stonebwoy has also added his view to the “Gringo” music video. According to Stonebwoy, his music will not enjoy a small-time success as he thinks Shatta Wale’s “Gringo” is here to do.

READ ALSO: A 62-Year-Old Woman Who Married A 9-Year-Old Boy In 2014 Has Finally Gotten Pregnant

Below is a video of full lyrics of the song. Check it out to decide.

READ MORE: Man Leaks Own S*x Tape With Girlfriend After Blackmailing Her To Fund $300,000 To Pay His Debt Failed