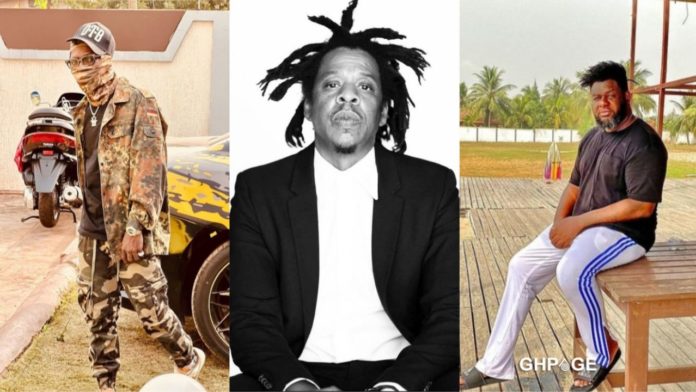 Controversial Ghanaian artiste manager and showbiz pundit well known as Bulldog in the entertainment industry has Bulldog has given rise to a very hot conversation piece on the internet with his latest utterances about Shatta Wale, Jay Z, and Bulldog.

According to Bulldog during an interview on Starr FM, Shatta Wale is better than Jay Z who has 23 Grammy Awards.

On the authority of Bulldog who is Shatta Wale’s manager, the self-styled African Dancehall king is better than almost 90% of the world’s music stars.

These sentiments from Bulldog are currently being debated amongst music lovers and fans on the internet.

A lot of critics have tagged his comparison as very absurd because both Jay Z and Vybz Kartel are on legendary statuses while Shatta Wale is even struggling to take his music outside the shores of Ghana.