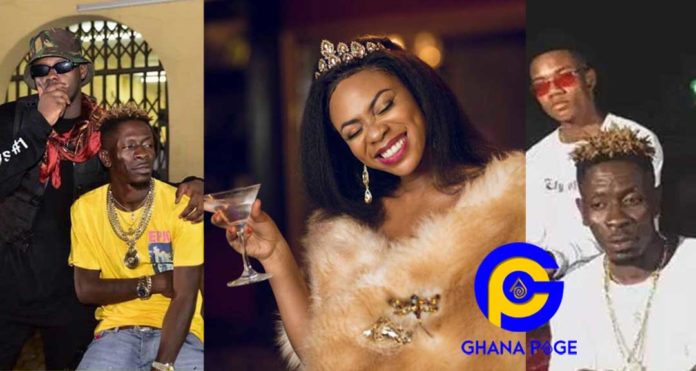 New photos of Charles Nii Armah Mensah aka Shatta Wale circulating online shows him out of his usual happy and cheerful face with many wondering what is eating up the champion. In short, Shatta Wale looks sick and depressed in new photos.

Ever since the photos hit social media, many people have been wondering what might be the cause of such drastic change in the self-acclaimed within such a short time.

Majority of social media users believe Shatta Wale might be depressed following Shatta Michy walking out of his life after over a decade of relationship.

But, the more radical social media users have a different opinion on why Shatta Wale looks the way he does of late. According to this section, Shatta Wale might be going more rounds with the ganja than he normally does. After all, Shatta Wale has never hidden his love for the black smoke.

Besides Michy leaving, the Shatta Movement Camp appears to be in shambles. All the hardcore members around Shatta Wale have been sacked or left.

It is, therefore, reasonable he might be overdoing the green leaf just to calm his nerves. Well, whatever the problem might be, this is not our Shatta Wale and we the fans want our champion back