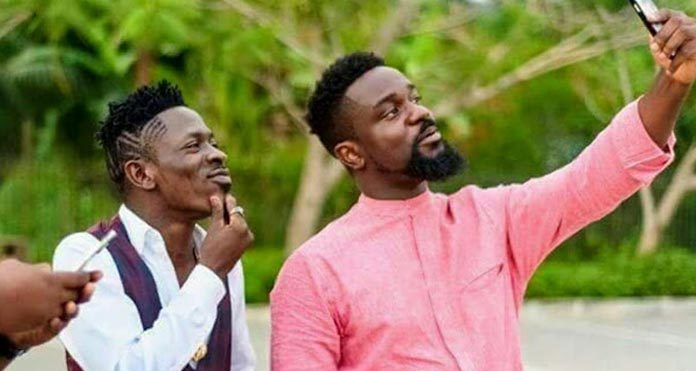 The entertainment industry and Ghana as a whole have lost some prominent people and citizens through road accident in the country with Ebony, Suzzy Williams, Kwame Owusu Ansah being some names that comes to mind.

Not long ago, rapper Sarkodie happened to be involved in an accident on his way to perform alongside Amakye Dede at Asante Akyem Agogo in the Ashanti Region.

Even though he escaped unhurt, the incident jolted everyone to the reality, which means something drastic ought to be done.

Sarkcess boss after surviving the accident has decided to create road safety awareness to sensitize people to be very careful on our roads.

As a result, he organised the “Sarkcess Brunch” to launch the campaign which came off at Kempinski Hotel saw almost all Ghanaian musicians and stakeholder in the music industry in attendance except Shatta Wale.

Considering the fact that Sarkodie and Shatta Wale very good friends, we are left wondering what could have prevented the self-acclaimed dancehall king from making an appearance at the event.

According to the murmurs we heard on social media, it’s because Stonebwoy and Samini were there and ‘our man’ could probably not ‘stand’ them.

That’s just a rumour though.