Michy and I are destined to be together forever – Shatta Wale 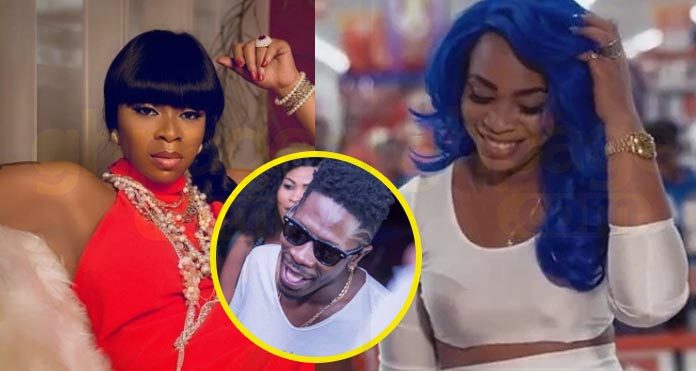 Well, if you ever thought it’s a lost course for Shatta Wale and Michy to get back together, then think again. According to Shatta Wale, Shatta Michy is back home and things are fine.

Shatta Wale and her baby mama, Shatta Michy for some months now have been having serious relationship problems. Michy accused Shatta Wale of physically abusing her severally and Shatta Wale also revealed Michy pulled a knife on him a couple of times

Despite how the two fought and said demeaning words to each other on social media these couple of months, Shatta Wale in a new interview claims Michy is back home.

He debunked statements from people that they can never be back togther considering how dirty they fought. Shatta Wale claims they are both destined to be together; nothing and no one can separate them.

Spaking to Speaking to Giovani Caleb and Berla on Starr Drive on Starr 103.5 FM, the “Gringo” said:

“Me and Shatta Michy? It is for life. Come on! She is the next artist I’m going to produce… She is back home.”

“…cos I’ve experienced that. Let me just say like, for instance when people see Shatta Wale, they see me like this rugged, rowdy boy… who doesn’t know what he is doing?

“I’d say with the help of my partner around me, I’ve been able to put certain things on the table for myself. I feel women are more important in our lives.”

Well, we at Ghpage.com wish them well.