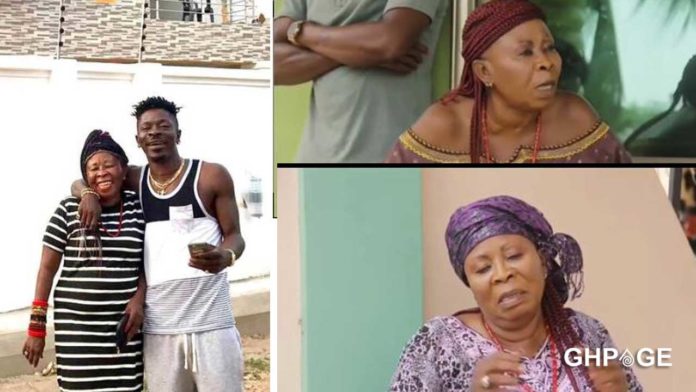 Mother of the Dancehall artise Shatta Wale Madam Avemegah, has become an actress, according to a video sighted. She was captured with other actors and actresses in the movie titled: “In the eyes of God”.

Shatta Wale’s mom was acting as a mother whose daughter had a violent marriage.

She was angry and wanted to confront the daughter’s husband, but her own husband, would not allow her to do so.

Madam Avemegah is also seen as a funny character just like her son.

In one of the scenes, he was heard telling the daughter’s husband that he is a “one-minute” man, while her husband “is a long journeyman”

This appears to be her first movie role, but Shatta Wale’s mother acted very well. She was also seen rubbing shoulders with one popular actor.