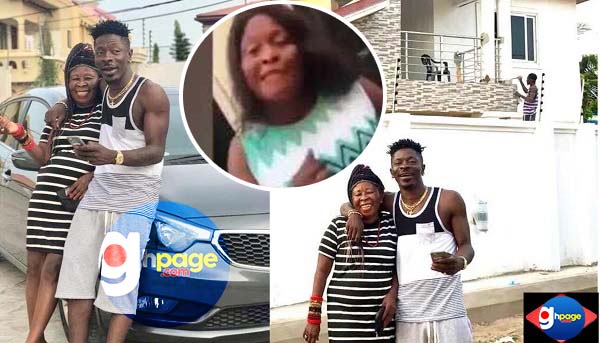 The mother, who, in a video spotted by Ghpage.com could be seen chanting her son’s name added that she will take the prophets predicting his son’s death to court if his son dies.

After the sudden demise of dancehall diva Ebony Reigns, there have been reports of prophets predicting that Shatta Wale would also die soon.

READ ALSO: Video: ‘Somebody should Tell Gifty Anti She Will Be Involved In An Accident Caused By Witches- Computer Man

One of such prophets, E.K Mensah, the founder and leader of the Christ Vision Prayer Ministry, predicted that Shatta Wale would soon follow Ebony, who passed away in a tragic accident on Thursday, February 8, 2018.

Another self-styled prophet, Prophet-Cosmos Walker Affran on facebook also predicted that the nation will shed tears to a painful death of Shatta Wale.

In an angry reaction to these ‘prophecies’, Shatta Wale described them as fake and gave a notice that if he does not die by the end of December 2018, he, with the help of his Shatta Movement, would break down and burn churches.

Right after that warning, another prophet called Prophet Daddi, claims to like Shatta Wale but stated that the Dancehall artiste should keep quiet over such things or he may end up taking his own life.

Share
Facebook
Twitter
WhatsApp
Previous articlePhotos: Adulterous Ghanaian Couple Gets Stuck During S£X In The Volta Region
Next articlePhotos: Ebony Reigns turns 21 today; This is what we know so far about her death