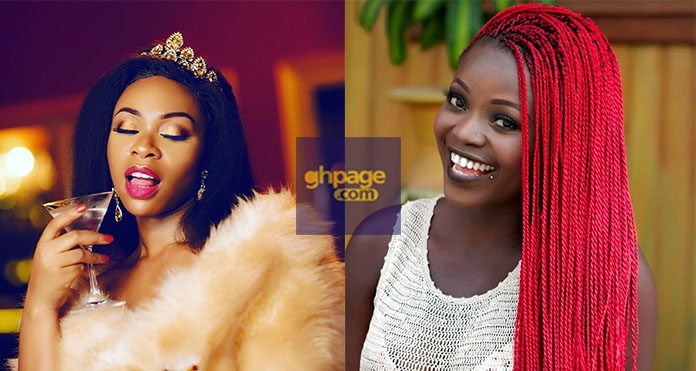 For days now, there have been rumours that the fast-rising 16-year-old girl musician, Bigail is dating the self-acclaimed Dancehall King Shatta Wale.

Shatta Wale and baby mama, Shatta Michy threw jabs at themselves weeks ago on social media which made people conclude that things were not well at all in the home of Shatta Wale.

Bigail seems to be enjoying the hype and attention she is receiving as the alleged new girlfriend of Shatta Wale.

But many people on social media have argued that Bigail can never surpass Michy, or simply put, she is no match for Shatta Michy.

1. Love for Shatta Majesty
Shatta Majesty is the son of Shatta Wale and Shatta Michy who was born about two years ago. His arrival cemented the relationship of Shatta Wale and Shatta Michy as he was always adored by the two and still after the alleged breakup, it is obvious that the two would bind them together again through Majesty leaving Bigail with no other option than to relax and watch the two rekindle their love.

2. Shatta Movement Divas and Family
Followers of Shatta movement are called SM fans whiles the ladies are described as SM Divas. On social media, the fanbase is large and are rooting for Michy and Wale to get back together again. The SM Divas love for Michy is great, therefore, 16-years-old Bigail would have to wait many years and also work extra hard to get the attention and support of the SM fans and Divas.

READ THIS: 4 Secret Reasons Why Men Sleep With Prostitutes

3. SM Diva Crown
There will be nothing to compare the two with than their physical looks and appearances. Photos of both Shatta Michy and Bigail show that Michy is way far ahead of 16-years-old Bigail in the queen game. Some SM fans and Divas have clearly stated in plain terms that Shatta Michy is more beautiful and well deserving of the SM Diva crown than Bigail.

READ THIS TOO: Your Butt Is Artificial, Don’t Use It To Disgrace Ghanaian Women – Maame Dokono Blasts Moesha In Latest Video

4. Social Media Trolls
Bigail, in less than a week after being named the new alleged girlfriend of Shatta Wale, has been trolled on social media with an SM fan describing her armpit as “not attractive” enough to be called a celebrity, less to talk of becoming an SM queen.

5. Slay photos
Checks done by social media users prove that Shatta Michy is classy and knows the ‘slaying game’ more than Bigail. Bigail is new in the industry and has a lot to learn, unlike Michy, who has been part of the industry for a long time.