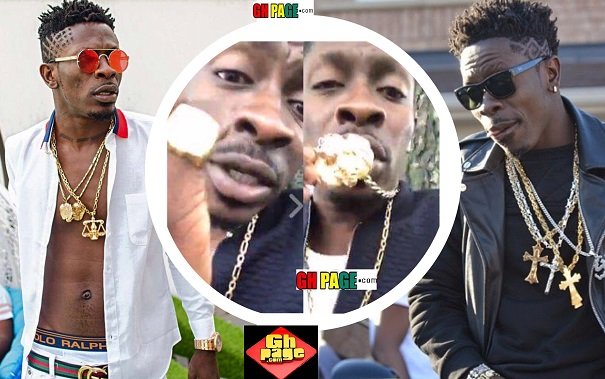 Ghanaian dancehall artiste, Charles Nii Armah, popularly known as Shatta Wale was accused by a Ghanaian evangelist of being an occultist.

The evangelist, only identified as “Addai”, disclosed that the three rings and the chains we see the dancehall King wearing are all for occultic purposes.

However, the controversial and self-acclaimed dancehall king, Shatta Wale has revealed the purpose of his rings, chains and why he wears them.

“ My star sign is liberal, and so the chain on my neck means liberal.The symbol is a scale or balance which means, I can be up or down, left or right, win or lose at any point in time.” Shatta Wale Stated in a facebook live video.

“The elephant chain is also a symbol of Kingship. The ring is just a 24 karat gold my boss gave me when he signed me”He added

Shatta Wale denied ever getting it from a ‘medicine’ or “juju” man, as it is called in our local parlance.

“I didn’t get if from any medicine man or anywhere, I bought it at Nima from one guy called Adnan.Medicine man can’t do any gold chain for me to wear.”He stated 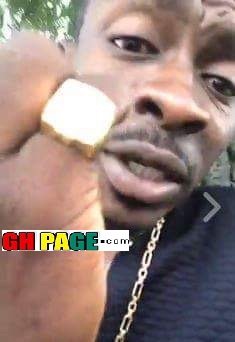 Shatta Wale also spoke about his childhood and how he realized he will be great from day one.

READ ALSO:7 Ghanaian Celebrity Kids Who Are Not Yet 20yrs Old But Are Making Ghana Proud

“Since I was born my father made me aware that, you have to know yourself, and how do you know yourself? By identifying and discovering myself.I discovered that the time and the month I was born reveals how great I will be.” He revealed, as monitored by Ghpage.com