Shatta Wale speaks after Michy claimed their proposal was staged 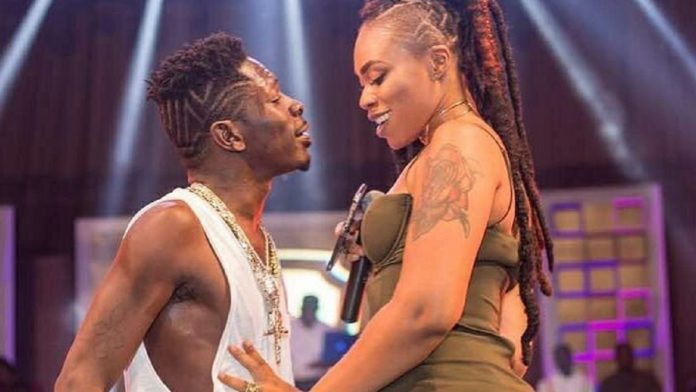 Award-winning dancehall artiste Shatta Wale has reacted to his ex-girlfriend claim that his proposal to her at his Reign Concert last year was staged.

In a series of posts on social media, the “My Level’ hitmaker stated that it’s a shame Michy is still thinking about it after several months of separation.

Shatta Wale believes that Michy is just seeking attention on social media which to him is a waste of time.

“Am in my small corner and everyday Shatta Wale this, Shatta Wale that, so can’t you just think about yourself..it’s a shame you still think about me till date aaww poor you.. Seeking attention on the internet is a waste of time and use it to make money like me”, excerpts of the posts read.

Read the posts below;

This comes after Michy in a yet-to-be aired interview disclosed that she feels Shatta Wale’s proposal to her last year was staged.

According to Michy, her situation with Shatta Wale became worse and miserable after the proposal and was also always tormented.