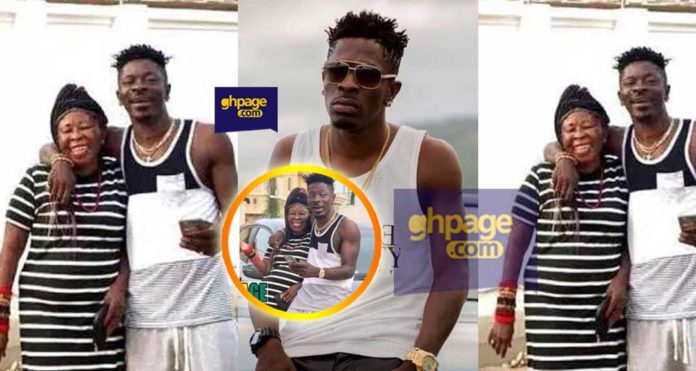 Madam Elsie Evelyn Avemegah the mother of Charles Nii Armah known in showbiz as Shatta Wale has just revealed in an interview that she carried Shatta Wale in her womb for 13 months 9 days before she gave birth. That is 4 months and 9 days more than the normal 9 months most women give birth.

Madam Elsie was speaking on Accra based Hit FM when she made the revelation about the self-acclaimed Dancehall King Shatta Wale.

The mother of the renowned Dancehall artist explained that she gave birth to Shatta Wale at Police Hospital in Accra and she was delivered by Professor Egalar.

Touching on the amazing talent of Shatta Wale, Madam Elsie revealed that she discovered his talent at a tender age. She added that the now Dancehall King was an instrumentalist at the church where he nurtured his talents at that tender age.

Madam Elsie also explained that Shatta Wale just like all her 4 children are talented musicians but only Shatta Wale took music as his profession. Shatta Wale is the eldest of her children.

Madam Elsie Evelyn Avemegah, mother of Shatta Wale concluded by saying she prays for her son every night to disperse the doom prophecies surrounding her son each night.

LISTEN TO SHATTA WALE’S MOTHER BELOW