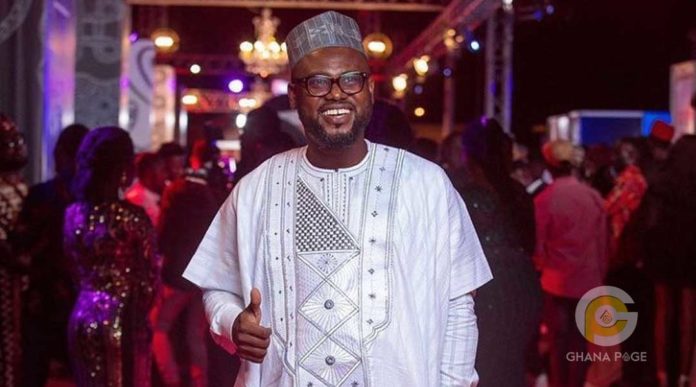 Ace radio and television personality Abeiku Santana has shared his experience at recently held Vodafone Ghana Music Awards where a brawl between Shatta Wale and Stonebwoy marred the beauty of the event.

Speaking to Captain Smart on Adom FM morning show, the presenter revealed that he was surprised when everything was going on because he never thought of anything of this sort could happen at the event.

He explaining what happened at the event said, he was called upon to present the award for the Reggae and Dancehall Artiste of the year and after he mentioned Stonebwoy’s name and he(Stonebwoy) came on stage with his team where he handed the plaque over to him only to see that there was a fight at the other side.

Narrating further he said he stood there not knowing what to do and then rushed backsatage to inform Kwame Sefa Kayi who was the host for the event but on his return back to the stage he started coughing and saw other people coughing as well while others too covered their mouths with handkerchiefs.

Stating that it was at that point that he realized that the area had been sprayed with pepper spray to wade off the people coming towards the stage.

Listen to his interview below:

On the way forward to prevent such things from happening again, he stated the various bodies should step in and educate the fans and fan base of the various about some of this things because from what he saw on social media it looks like the fight is yet to start.