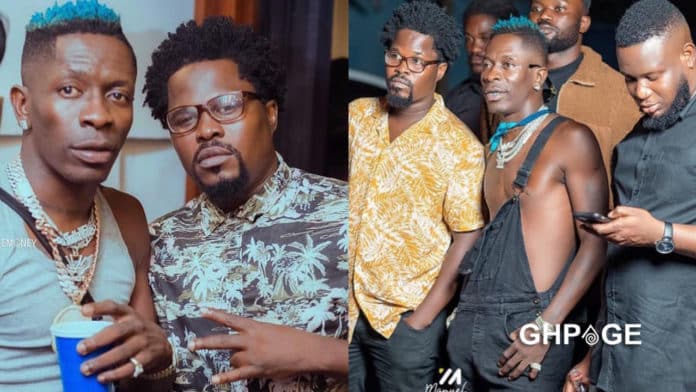 Dancehall musician Shatta Wale has threatened to beat his former right-hand man Deportee, if he does not desist from painting him black in the media.

Deportee had revealed in an interview that after going all out for Shatta Wale and ending up in prison custody together with Nana Dope, the musician secured bail for himself and left his other teammates to fight their own fate.

READ MORE: Shatta Wale left us to rot in jail after everything – Deportee [Video]

In a sharp response, Shatta Wale has sought to shut Deportee up by accusing him of sexually harassing his secretary.

According to the SM President, Deportee forced himself on his secretary in an attempt to rape her in the washroom – an unfortunate incident that he has kept from the public.

READ ALSO: “You wanted to rape my secretary, you’ll be jailed” – Shatta wale on Deportee

In a new video sighted by GHPage, Shatta Wale threatened to employ some youth of Nima to beat up Deportee if he continues to tarnish his image with false utterances.

Deportee and Nana Dope were among the accomplices arrested over a shooting prank led by Shatta Wale after a doom prophecy by popular preacher, Jesus Ahuofe.

After their arrest, they were put before the court and later remanded in prison custody for one week but Lawyers for Shatta Wale managed to secure bail for him.

Shatta Wale was subsequently released after the judge presiding over the case convicted him on his own guilty plea and fined him GH¢2000.

Deportee who is angry over the whole thing in an interview has stated that following Shatta Wale’s release, he and Nana Dope still go to court.