She played Shatta Wale’s ‘kakai’ song after scamming us

One of Nana Agradaa's victims speaks 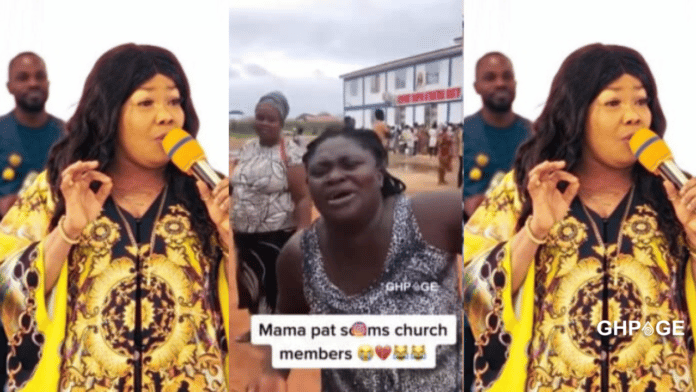 ‘Notorious’ Patricia Asiedua, popularly known as Nana Agradaa, the founder of Heaven Way Church in Accra has been accused of perpetrating a money-doubling scam on her church members.

One of the victims has said that the evangelist played Shatta Wale’s popular hit song “Kakai” song after defrauding them while speaking to one of the Accra-based radio stations.

The victim, a female, who claims to have been duped by Nana Agradaa disclosed that had travelled from the Northern Region to seek Nana Agradaaa’s blessings not knowing she was rather going to be scammed.

She stated that her decision to give out her money was a result of an assurance that she was given to receive a financial breakthrough in an advert that was done by Nana Agradaa on television.

She’s reported to have said;

“I came all the way from North because I wanted financial breakthrough.  I saw her advert on television and decided to come. Now I don’t have any money on me therefore I have to walk back home.

“My brother here also came from Cote D’Ivoire and has also lost his money,”

“she was playing and singing Shata Wale’s song ‘I de come like Kakai’ to us.”

The Police have arrested the leader and founder of Heaven Way Church in WeijaPatricia Asiedua, aka ‘Nana Agradaa’ following allegations of money doubling scam levelled against her by some of her church members.

“The Police have arrested Patricia Asiedua alias Nana Agradaa following allegations of money doubling scam levelled against her by some members of the public. The suspect is currently assisting police investigation“ – READ MORE HERE